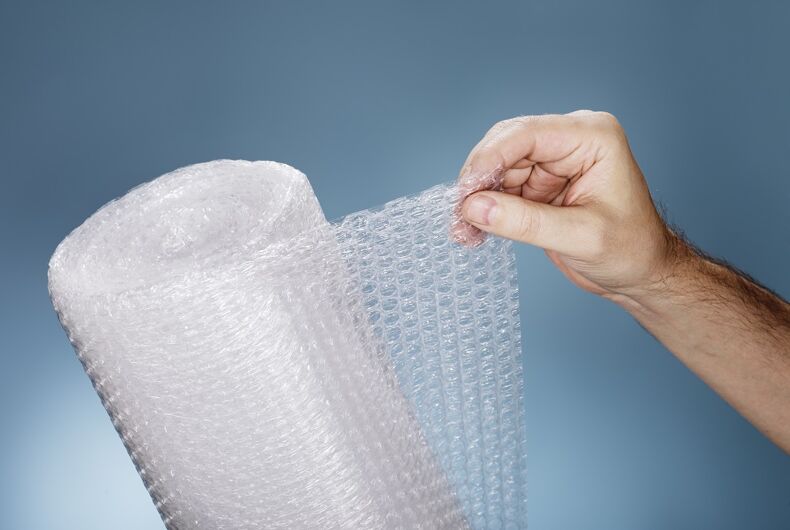 Brian Stanley, 57, was arrested last August for a 2013 incident involving a minor in Otsego, Michigan. The boy’s parents wanted Stanley to counsel their son on his addiction issues, calling him a “spiritual adviser” for their son.

Related: Catholic priest arrested for stealing $100,000 to pay for Grindr hookups with men

But the teen said that Stanley used the counseling sessions to get him into a janitor’s closet at St. Margaret Church and wrap him with bubble wrap and tape, including over his eyes and mouth.

In November, Stanley pled guilty as part of a plea deal with prosecutors. He admitted that he “secretly confined and knowingly restrained [the victim] for approximately 30 minutes,” although he said that his motivation was not sexual.

During the investigation, Assistant Attorney General Alison Furtaw said that three other victims were found with similar stories, including one who was 13 at the time. The statute of limitations had already run out for the other victims.

It’s a point of contention because he will have to spend the next fifteen years on the state’s sex offender registry. This will require him to move because his current residence is close to a school.

“This case is very serious, very concerning and very disturbing and I can’t believe there isn’t going to be a long-term impact on everyone involved,” she said. “I believe the defendant knew what he was doing was wrong.”

Defense attorney Michael Hills said that Stanley “was projecting trauma that he had suffered in his life onto others” and that he didn’t bubble-wrap his victims for sexual gratification.

“There is no evidence about it,” Hills told the AP. “I objected to Father Stanley being placed on the [sex offender] registry, although under the statute it’s required regardless of whether criminal sexual conduct is alleged.”

The Diocese of Kalamazoo said that they knew about the 2013 incident just after it occurred and that they placed Stanley on administrative leave and contacted the police.

“According to the Otsego Police Department, ‘the complaint was not criminal and there would be no charges,’” the diocese said in a statement.

As part of the plea deal, Stanley will also spend five years on probation. If he had not accepted the plea deal, he could have faced 15 years in prison if found guilty.