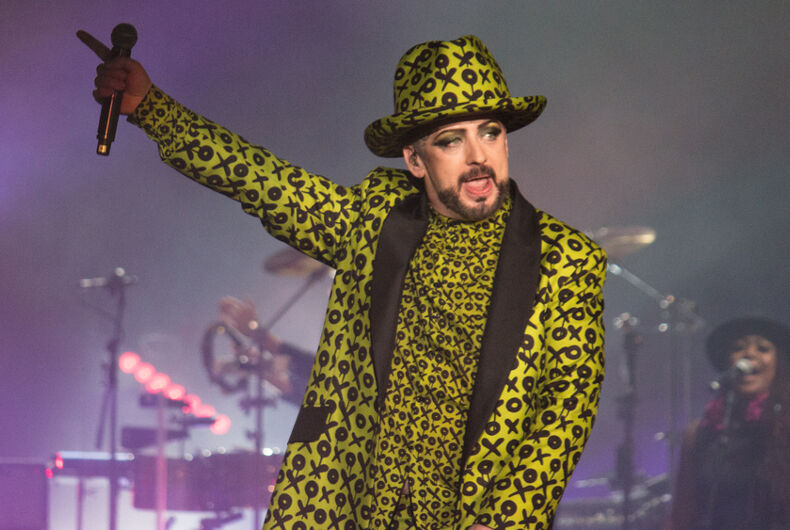 Boy George, the androgynous 58-year-old lead singer of the band Culture Club, has been accused of transphobia after tweets that seemed to disparage people’s pronouns.

After the singer published an incorrectly punctuated tweet reading, “Leave your pronoun’s at the door!” a fellow Twitter user asked George, “Do you not know what the fuck pronouns are?” The singer responded, “A modern form of attention-seeking?”

When another Twitter user pointed out to Boy George that it costs nothing to respect a person’s chosen name or pronouns, adding that “People are too quick to criticize others’ lifestyles & identities. If people want attention there’s usually a reason. Ask them,” the singer responded, “Thanks for that but I have eyes and can mostly describe what I see!”

Boy George’s media representatives responded to the controversy, saying, “The concept of … asking whether Boy George is transphobic is so stupid it doesn’t warrant a response.”

It’s likely that the singer is being heedless and glib, especially since his own genderqueer style during the 1980s was its own form “attention-seeking,” helping establish his brand as a counter-cultural icon.

While Boy George and Culture Club were best known for radio hits like “Do You Really Want to Hurt Me?” and “Karma Chameleon,” Culture Club broke up in 1986 due to Boy George’s ongoing drug addiction. The band reunited briefly in 1998, toured in 2002, reunited in 2014, and released its first new album in nearly 20 years in 2018.

The singer achieved infamy in 2009 when he served a four-month jail sentence for assaulting a Norwegian man named Audun Carlsen and handcuffing him in his basement. Boy George blamed drugs for his actions.