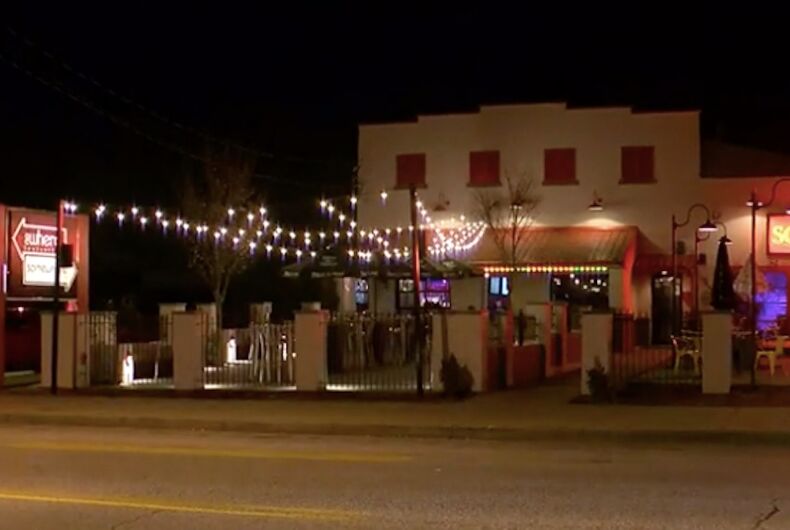 A 35-year-old gay newlywed named Christopher McKinney died in University Hospital early Sunday morning after getting into a fight with a bouncer at Nowhere, an LGBTQ-friendly bar in Louisville, Kentucky. Some bar patrons say that Nowhere has a troubling history of callously handling patrons.

The bouncer was escorting McKinney out of the bar for “unruly behavior.” On the way out, the two got into a fight and the bouncer knocked McKinney out. Police investigators say there’s no evidence of a hate crime and have withheld the bouncer’s identity for the time being. No charges have been filed.

McKinney married his husband Nicholas Clark on October 12, 2019 and was known as a kind, positive person with “so much to look forward to.”

Now, after McKinney’s death, Nowhere patron Darien Dickerson-Green told the media that he refuses to go back to the bar until things change.

“[People in our community] are upset. They are hurt,” Dickerson-Green said. “A lot of people are talking about this consistent behavior that takes place with bouncers at this particular establishment that is supposed to be LGBTQ-friendly.”

On his Facebook wall, Dickerson-Green posted a memorial to McKinney. Commenters said the bar has a history of unevenly applying its dress code to harass black customers.

A local artist who goes by Vyncex also made a public post accusing the bar of nearly killing a customer recently ejected from the bar during a night with seven-degree weather.

“He was outside for over an hour in seven-degree weather and he developed hypothermia,” Vyncex wrote. “He almost died… I flagged an annoying cop who agreed this is not cool and it took more time for EMS to show up than it does to develop frostbite.”

Um… people keep asking me if security at Nowhere bar killed a guy last night. Because if they did… it isn't the…

Vyncex also posted a link to a YouTube video showing the obviously drunk man, shivering in the cold on the roadside, too inebriated to get himself to safety.

The bar has not yet publicly commented about McKinney’s death via social media.

Here’s how gays are made according to the internet