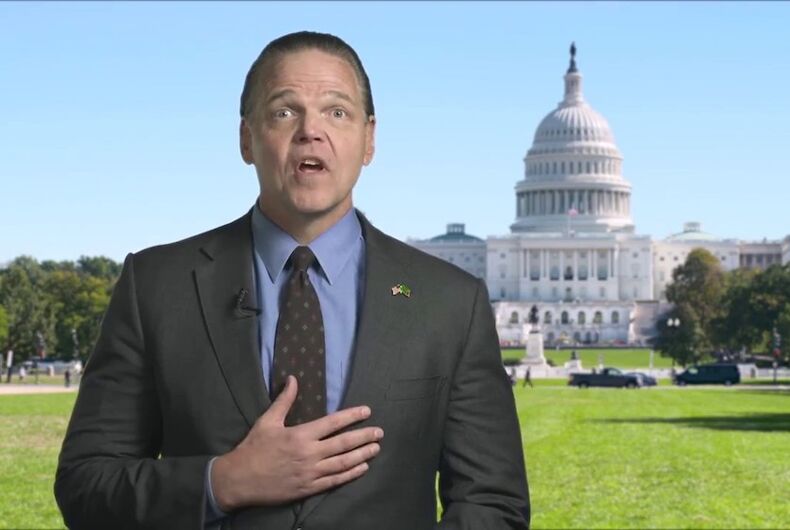 After criticizing Zambia’s recent decision to imprison a gay couple for 15 years, Daniel Foote, the Trump-appointed ambassador to the African country, has been recalled. The recall essentially fires the career diplomat from his position though he could always theoretically be re-located to another ambassadorship elsewhere.

In a statement released before World AIDS Day, Foote wrote, “Discriminatory and homophobic laws, under the false flags of Christianity and culture, continue to kill innocent Zambians… Lamentably, I will be unable to attend tomorrow’s AIDS Day events because of threats made against me, via various media, over my comments on the harsh sentencing of homosexuals.”

Foote added that he was shocked at comments made by self-proclaimed Zambian Christians about the gay couple’s imprisonment. “I cannot imagine Jesus would have used bestiality comparisons or referred to his fellow human beings as ‘dogs,’ or ‘worse than animals,’ Foote wrote.

In response to Foote’s public statement, Zambia’s president, Edgar Lungu, told the state-owned TV station ZNBC, “We don’t want such people in our midst. We want him gone [even if it means losing $500 million in annual American aid].” Foote was recalled this last Monday.

Secretary of State Mike Pompeo considers anti-gay laws a form of “religious freedom.” The Trump administration has said that its financial aid to foreign countries will no longer depend on LGBTQ rights, a change from the Obama administration.

Judi Dench criticized for saying her character in “Cats” is transgender

Congress is raising the smoking age to 21. Will it slash LGBTQ smoking rates?