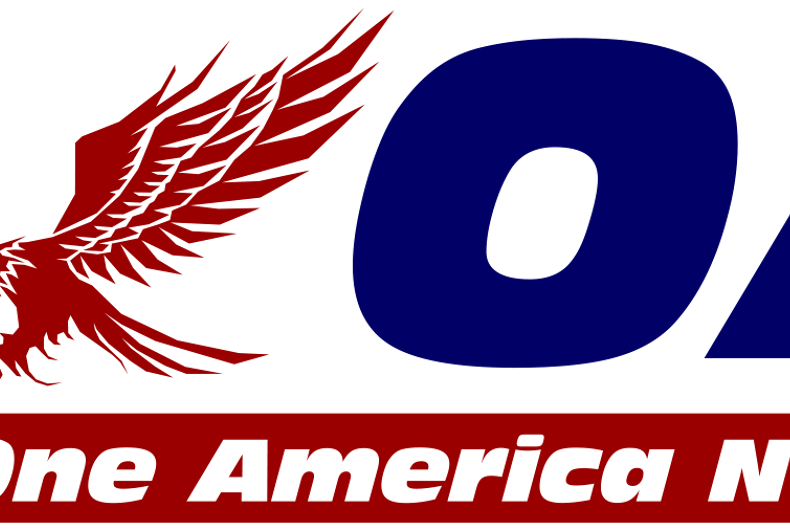 The complaints about Fox News being little more than a propaganda channel for Republicans are nothing new. Trump’s Twitter feed is often based on whatever he’s watching on Fox, reinforcing the network’s influence. The few times when someone on the network challenges Trump or a poll shows him flailing, Trump gripes.

“The New Fox News is letting millions of GREAT people down!” Trump groused last August. “We have to start looking for a new News Outlet. Fox isn’t working for us anymore!”

Related: Christians are outraged over a lesbian commercial that ran on the Hallmark Channel

The network has gotten a lot of attention lately for allowing Trump’s personal lawyer, Rudy Giuliani, to deliver three hours of tinfoil-hat conspiracy theories about how Ukraine helped Democrats in 2016 and how Joe Biden squashed corruption-fighting efforts so that his son Hunter could profit. None of this is true, but you wouldn’t know it from watching OANN.

The network is the brainchild of Robert Herring Sr., who made his fortune printing circuit boards. The network was founded in 2013 and struggled to find a foothold. Then along came Trump.

OANN became the first network to carry candidate Trump’s speeches live and in full, a privilege not granted to any of Trump’s opponents. According to the Washington Post, Herring “directed his channel to push Trump’s candidacy, scuttle stories about police shootings, encourage antiabortion stories, minimize coverage of Russian aggression, and steer away from the new president’s troubles” once he was elected.

As you might expect from an outfit whose motto is “straight news, no opinion,” the network is also anti-LGBTQ rights. A 2017 OANN segment about pro-LGBTQ bills introduced in the Texas legislature characterized them as an attempt to ban the Bible. Last September, OANN host Liz Wheeler went on a tear about same-sex penguins raising a chick, branding them as transgender. Wheeler predicted the questioning of gender roles would lead to the destruction of “traditional marriage” and force people to depend on government, “which is the goal of liberals in the first place. Don’t let transgender penguins fool you.”

The network is also suing MSNBC’s Rachel Maddow for saying that the network is “really, literally…paid Russian propaganda.” Maddow made the claim because one of OANN’s on-air reporters was affiliated with Sputnik, the Kremlin news outlet. In its suit, OANN said the reporter was just a freelancer and his Sputnik work had nothing to do with OANN.

Needless to say, Trump loves OANN. Last March he tweeted congratulations “on the great job you are doing and the big ratings jump.” (In keeping with Trump’s distant relationship with the truth, there was no ratings jump.)

OANN is currently in just 35 million homes, compared to Fox’s 90 million. But with Trump behind the network, its influence is only going to spread. Trump has found the outlet that will treat him with the oleaginous respect he craves.

A school board trustee compared LGBTQ children to vampires & cannibals. He just won an award for it.