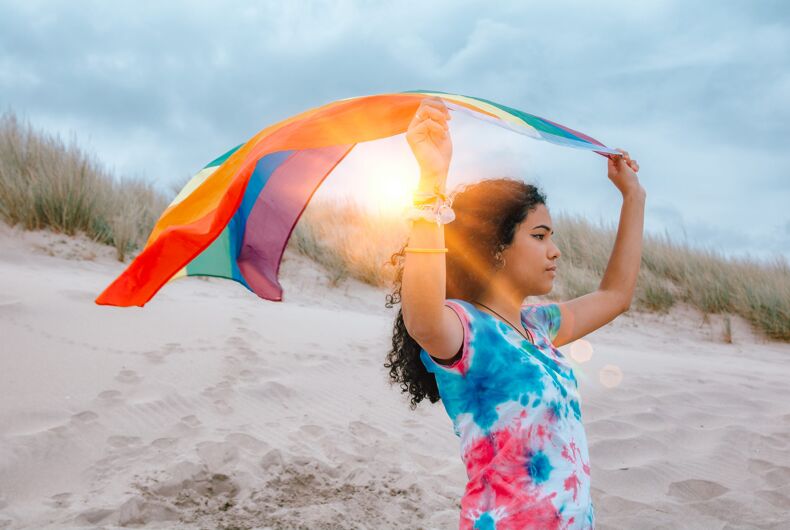 Earlier this year, Merriam-Webster made news by designating “they” as its “Word of the Year.” It seemed a fitting cap to a year in which the very structures of language itself were the subject of debate and scrutiny over its real effects on how we live, especially where it concerns the advancement of human rights.

Across the globe, people are posing questions about how we use language to describe people and situations, and whether the words we use are inclusive enough of all genders and orientations.

This intense debate is epitomized in the Spanish-speaking world, where a teenage-led movement to eliminate gender from the language has made strides this past year, forcing different generations to have a conversation about what is acceptable in 2019.

ICYMI: ‘They’ is our 2019 #wordoftheyear! . (For more information on this and the rest of our top 10 check out link in our bio)

In Spanish, all nouns are assigned a gender, “o” for masculine nouns and “a” for feminine nouns. When the plural form is called for, the masculine form takes precedence. This new movement to de-gender Spanish calls for replacing “o” and “a” in words with the gender-neutral “e”.

A recent Washington Post feature highlighted some of the activists in Argentina who are forcing the issue in progressive circles, particularly in the feminist movement, where the push to change the language has been met with some resistance.

As the Post points out, “the language form has divided the feminist movement from which it originated. While some within the movement insist on speaking in a way that includes non-binary people, others have resisted, preferring to emphasize the voices of women by using feminine words.”

Add to that the immense challenge of pushing this change on 577 million speakers of the language across the globe, and it makes the question that many skeptical feminists have about the movement harder to answer, which is: would changing the language even make a difference?

#Latinx, Latino and Hispanic origin from Europe and those colonial terms were forced upon indigenous groups and black Africans to erase identities. The conquistadors main plan was to whiten out the indigenous race, the fact that it wasn’t so easy they decided to assimilate and remove identities. Now we have a bunch of brown and black people falsely identifying with Whiteness aka Latinidad. Your ancestors went through slavery, rape and torture.. but you are still here and many tribes fought back to keep there traditions as well. #NativeAmerican#Indigenous #Indigena#PovosIndigenas #SomosIndigenas#Native #AmericanIndian#Ndn #NativePride#NotLatinx #NotLatinoNotHispanic #IndigenousResistance #LatinidadIsCancelled

The debate about word usage has even taken root in the Latino community, which has been embroiled in a conversation about how or whether to use “Latinx” to describe the community versus “Latino,” the grammatically correct plural form of the noun.

An October op-ed in USA Today sparked much controversy with many American Latinas echoing their skeptical Argentinian sisters and asking for femininity not to be erased from the language. The headline in the article implores progressives not to “anglicize” the Spanish language, but for many Latinx queers, using the “x” de-genders the word, making it more inclusive of trans people.

The debate over “Latinx” will surely continue, and the youth-led movement in Argentina shows no signs of slowing down, either.

For concerned speakers of Spanish, however, the experience one of the leading activists featured in the Post, Natalia Mira, offers some insight into how they might get more used to change in what is ultimately a social construct. She started using gender-neutral Spanish in her daily life, with her parents, her taxi drivers, even when singing in the shower. By the time she was interviewed by a broadcast journalist, the words just came out with natural ease.