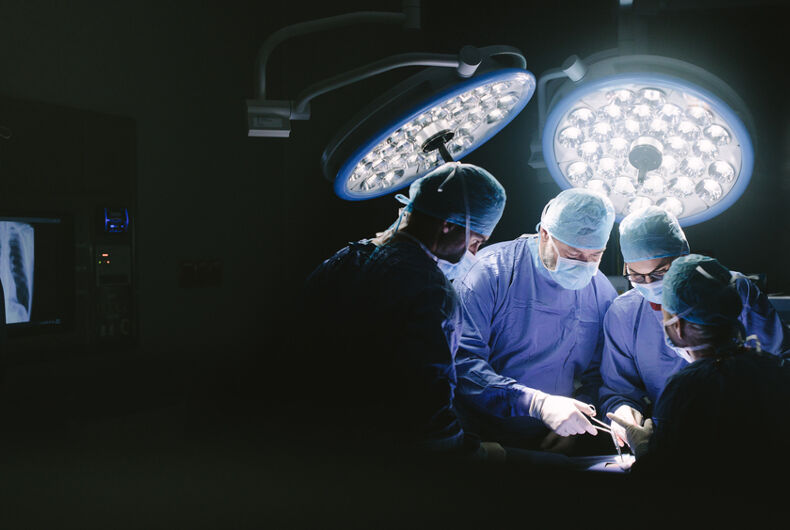 A 36-year-old cis man born without testicles in Belgrade, Serbia has just received a testicular transplant from his identical twin brother to help his body produce its own testosterone and sperm.

It’s only the third such surgery ever to occur in the world, and doctors say it could eventually be applied to trans men using the removed testicles of trans women, but ethical and legal concerns could complicate the matter.

Related: Ibuprofen has a negative impact on men’ testicles according to new study

The surgery was a success, though it wasn’t easy. It involved “sewing together two arteries and two veins that were less than 2 millimeters wide” within two to four hours before the organ became non-viable, according to The New York Times. Both brothers are doing well, they both now have one testicle each and the recipient’s testosterone levels are already at normal levels.

Because the men both have the same genetic makeup, there’s no need for the immune-suppressing drugs that most transplant recipients require to avoid having their bodies reject foreign tissue.

The brothers contacted lead surgeon Dr. Miroslav Djordjevic about the procedure after they’d heard he’d performed a successful uterus transplant between twins sisters, enabling the recipient to give birth. In the testicular procedure, Dr. Djordjevic didn’t reconnect the testicle’s vas deferens, which would’ve enabled the recipient to release sperm from the donated testicle. Such a reconnection is possible.

Though it’s rare for a cisgender man to be born without testicles, Dr. Djordjevic says the testicular transplant could also be applied to “accident victims, wounded soldiers, cancer patients” and trans men using testicles donated by transgender women and others.

However, a legal issue might arise as anyone who fathered children using sperm released or harvested from a donated testicle as the child would, in essence, have the donor’s DNA and not the recipient’s — the donor or their surviving loved ones would likely have to give permission to have children in such a case, raising a potentially sticky legal issue.

Several transgender men have contacted Dr. Djordjevic to ask if the surgery could help them develop testosterone without the need for constant hormone injections. While Djordjevic says the potential rejection of donor tissue remains the largest consideration for whether or not to attempt any organ transplants, he also says he has “developed a surgical plan for transplanting a penis onto a body that is anatomically female, and that he hoped to begin performing that surgery within the next year or so,” according to The New York Times.