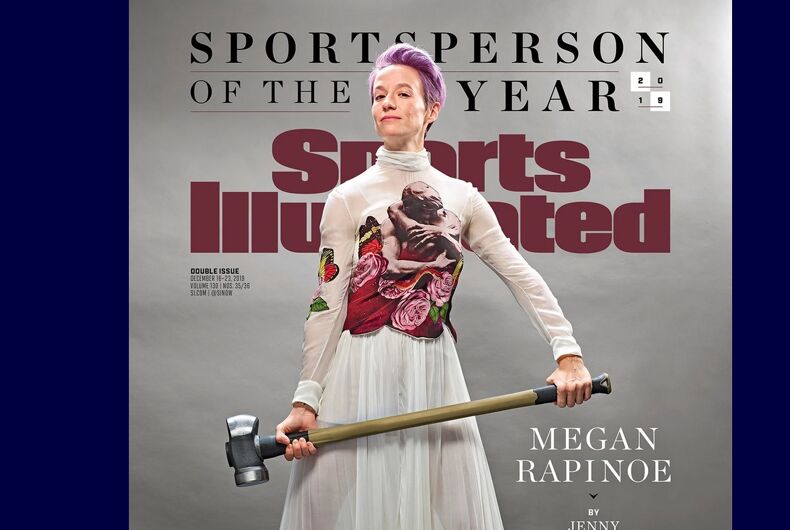 As co-captain of the U.S. Women’s National Soccer Team this year, she led the team to victory at the Women’s World Cup in France.

Her leadership made her the face of the team leading up to their incredible victory, and from that position she spoke out against the Trump administration and took a knee for racial equality.

“I’m not going to the f**king White House,” she said earlier this year when asked if she was excited about the possibility of a White House visit. “We’re not gonna be invited. I doubt it.”

Even earlier in the year, Rapinoe and her teammates sued the U.S. Soccer Federation for pay discrimination against women.

Despite the political controversy – and perhaps because of it – Rapinoe became one of the most talked-about people in sports this year. Former First Lady Michelle Obama recruited Rapinoe to help with her voter participation initiative. She appeared on Meet the Press. She met Rep. Alexandria Ocasio-Cortez (D-NY).

And now she’s the fourth woman to be individually named Sports Illustrated Sportsperson of the Year in the 66-year history of the title, appearing on the magazine’s cover with purple hair and a sledgehammer.

Years ago, though, she kneeled during the national anthem in solidarity with NFL player Colin Kaepernick, a move that was followed by her getting benched for a few matches.

“It just so happens that I came back with a vengeance, better than I had ever been,” Rapinoe said. “And then it was like, well, you are stuck with me now.”