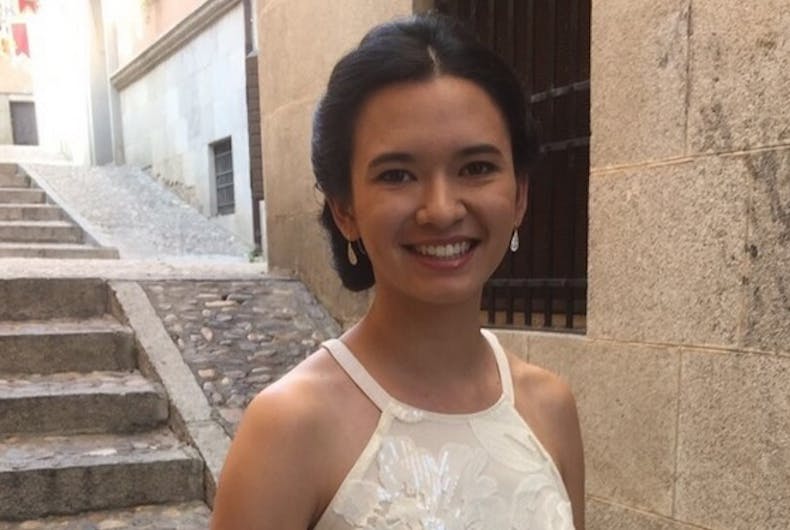 A woman who was featured in an article about the harms of conversion therapy was just found dead.

Alana Chen talked to the Denver Post in August about how a priest in high school put her through conversion therapy without telling her family and about how she was later hospitalized for self-harm: “I was feeling so much shame that I was comforted by the thought of hurting myself.”

Chen, who was 24, was reported missing this past week after she told her family that she was going hiking but didn’t return. Her car was found next to a reservoir in Chautauqua Park in Boulder, Colorado, and her body was found several hours later nearby by a search party.

The Boulder County Sheriff’s Office said that her death is “not considered to be suspicious.” The coroner has completed an autopsy but not yet released the official cause of death.

Chen was raised Catholic and she came out to a priest at her church in 2009. The priest told her not to tell her parents and started counseling her.

By the time she was in college, she started formal conversion therapy through Catholic Charities’ Sacred Heart Counseling and her church. Chen said that she couldn’t follow her dream of being a nun because of her sexual orientation.

“I couldn’t sleep. I couldn’t stop thinking about it. Was I going to hell? But I was still extremely faithful, and I felt like the church and the counseling was the thing that was saving me. The worse I got, the more I clung to it.”

In 2016, her parents noticed scars on her arms that she had caused, which led to her checking in to a psychiatric hospital and dropping out of college.

“I think the church’s counsel is what led me to be hospitalized,” said Chen. “I’ve now basically completely lost my faith. I don’t know what I believe about God, but I think if there is a God, he doesn’t need me talking to him anymore.”

A spokesperson for the Catholic Archdiocese of Denver said that they “reject any practices that are manipulative, coercive, or pseudoscientific.” But that didn’t stop them from sponsoring a conference this year with a ministry for people who want to “overcome homosexuality.”

Chen said that she participated in the Denver Post article because she wanted to educate people about the harms of conversion therapy and so that others who went through the same wouldn’t feel alone.

A GoFundMe was set up to support her parents after her death.

7 queer memoirs that will make the perfect holiday gift