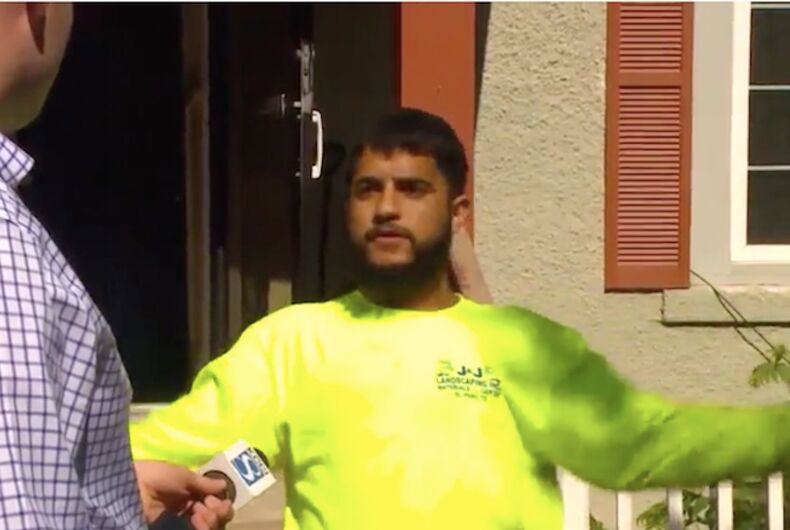 Adolfo Martinez has been sentenced to 16 years in prison for stealing a church’s pride flag and burning it outside of a strip club in Ames, Iowa.

Martinez was convicted of a hate crime, third-degree harassment, reckless use of fire, and being a habitual offender.

Police were first called to help remove Martinez from Dangerous Curves – a “gentleman’s club” – for making threats and acting out. The club ejected him, but he returned later and threatened to burn the business down, adding that he wished to burn a pride flag as well.

Martinez left and returned with a banner stolen from the Ames United Church of Christ, doused it in lighter fluid, and set it on fire.

He did not deny setting the blaze and proudly told local TV station KCCI that it was “an honor to do that.”

“It’s my honor. It is written. It is a judgment and it is written to execute vengeance on the heathen and punishments upon the people… and it is my honor to do so. That was an honor to do that. It’s a blessing from the Lord to be able to stand for his word firmly against all odds, plain and simple.”

“I wish no harm upon any individual, however,” he continued. “I have god on my side. All day long.”

“I burned down their Pride. Plain and simple. No [regrets], none whatsoever.”