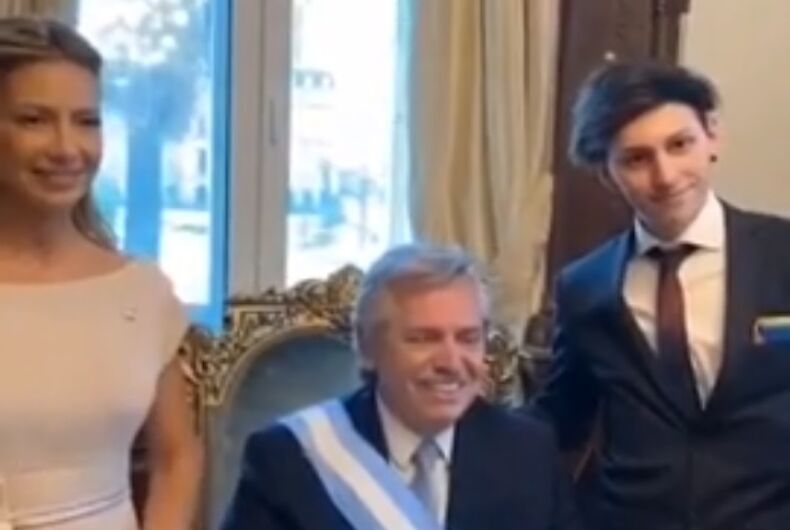 Alberto Fernandez, his partner, and his son getting the official photo takenPhoto: Instagram/via El Clarin

The gay son of Argentina’s new president wore a rainbow flag during his father’s inauguration.

President Alberto Fernádez was sworn into office earlier this week, and his partner Fabiola Yáñez and 24-year-old son Estanislao were there when he sat in his seat at the Casa Rosada for the first time.

Video of the shoot was posted to Instagram, and the press noticed something in Estanislao’s pocket.

the son of the new argentina's president took the presidential family picture with the lgbt+ flag in his pocket 🥺🥺 pic.twitter.com/UKyxDgKEAc

He spoke out later in an Instagram video: “I want to clarify that the famous handkerchief that I had, it wasn’t a handkerchief, it was a flag, totally just a flag.”

Estanislao is a drag queen who goes by DYHZY and has a large following on social media. And it seems like his dad – the leader of a G20 country – doesn’t mind him waving the rainbow flag for the whole world to see.

Buttigieg & Biden are running neck and neck in New Hampshire