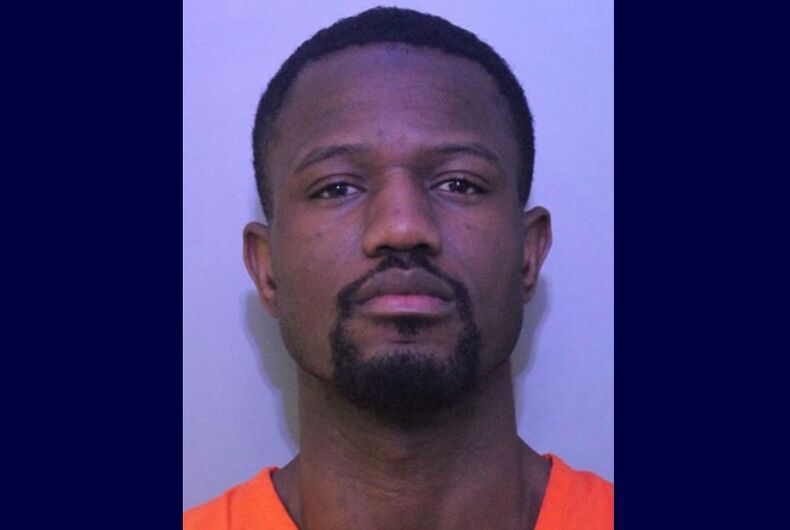 A father abandoned his son at the side of a highway because he suspected the son is gay.

Evenaud Julmeus, 30, of Haines City in central Florida, allegedly dropped off his son in front of a closed police station with a bag that had some clothes in it.

Related: A gay dad’s open letter to the homophobic parents who threw away their gay son

The boy was reportedly upset and crying. He was left with no food, water, money or way of contacting anyone for help.

The child’s name and age were redacted from publicly available court documents, but Fox News reports that a police spokesperson said that the child is a “preteen.”

The kid told police that Julmeus believed he was gay because he was caught “watching male pornography on his cell phone.” He said that his father told him to pack a bag and that he would drive the kid to the police station where someone would find him a new home.

They didn’t make it all the way to the police department; a court affidavit said that Julmeus pulled over on a turn lane on U.S. Highway 27 and forced the child out of the car.

A witness called the police.

When the mother learned what happened, she went to go look for the abandoned child, leaving their two other children in Julmeus’s care. But by the time officers arrived in their home, Julmeus had fled, leaving the children unsupervised.

He later turned himself in to police.

Pete Buttigieg has been ringing the bell for the Salvation Army