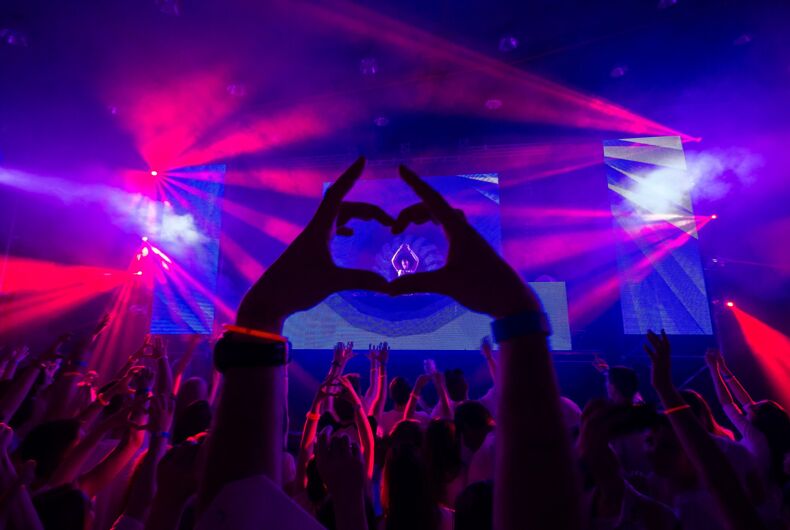 Saudi Arabia has an image problem—as well it should. By most accounts, the government ordered the murder of journalist Jamal Khashoggi at the Saudi Consulate in Turkey last year. Then there’s the country’s unrelenting attack on LGBTQ people. Being LGBTQ is punishable by death, and the country beheaded five men earlier this year “proven” gay under torture.

So what were Arnie Hammer, Ryan Phillippe, Wilmer Valderrama, and assorted supermodels, influencers and DJs doing in Riyadh recently? Attending a three-day rave, of course.

In an effort to rehabilitate its image as a repressive country, Saudi Arabia decided it was a great idea to have an event that showed how modern it is. And apparently a bunch of clueless famous people were happy to oblige. Some were even paid for their participation, as high as six figures, according to Diet Prada, a popular Instagram account.

It’s true that the country has been loosening its puritanical grip. Women can drive now, for example. But as the murder of Khashoggi illustrated, Saudi Arabia remains a country where dissent is punishable by death.

And being openly LGBTQ is taking your life in your hands. Transgender people have been beaten to death, and a young gay man was arrested recently for indecency for wearing a swimsuit.

You would have thought that some of the celebrities at the rave would have learned from Nicki Minaj’s experience. She was scheduled to perform in the country earlier this year and had to cancel because of outrage from human rights activists.

That Hammer, who starred in one of last year’s biggest LGBTQ movies, decided it was okay to go to Saudi Arabia is tone-deaf, to put it mildly.

However, Saudi Arabia’s rehabilitation has had some success. After canceling attendance in the wake of Khashoggi’s murder, businesses were back this year for an economic forum held in the country. Apparently, businesses have a short memory.

But at least for a while they had a conscience, which is more than could be said for those attending the rave.