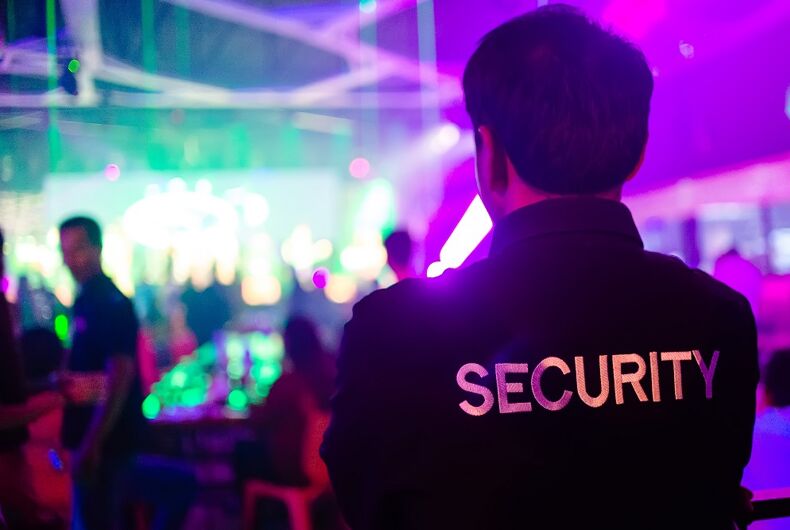 A gay man named Eoghan Ryder says that bouncers at the Button Factory, a live music venue in Dublin, Ireland did nothing after homophobes told him to stop kissing another man on the dance floor because they were “making him and everyone else uncomfortable.”

The club neither removed the homophobe nor responded later when one of the homophobe’s pals punched one of Ryder’s friends in the face without provocation as they discussed Ryder’s earlier run-in with the homophobe as they were leaving.

Related: Straight men who went to a drag show attacked three gay men outside the bar

In a public Facebook post, Ryder wrote that he and his pals went to the Button Factory to support a friend’s show on the night of Saturday, December 14. Ryder began kissing a man on the dancefloor later on after the two struck up a conversation.

About an hour later, “Some guy comes over to us both, pulls us apart and tells us completely seriously [that we]… should do that in the bathrooms, out of sight of others, where we belong,” Ryder wrote.

Ryder says when he told the venue’s bouncers about the harassment, they told Ryder that “they couldn’t do anything without proof because ‘homophobia isn’t a crime in Ireland.'”

Ryder complained that if the man had something racist or misogynist, he would’ve been removed. But the homophobe was allowed to stay, and security promised to keep an eye on Ryder and his kissing pal to ensure that they wouldn’t be bothered again. Ryder said several patrons voiced their disgust to him about the venue not kicking the homophobe out.

Then, while Ryder and his friends stood in line for the coat check “recounting the night’s events for friends of friends,” a member of the homophobe’s group “came over and punched a friend of my friend clean in the face for absolutely no reason,” Ryder said. Ryder ran after the assailant and “shouted at the bouncers to do something,” he adds, “and they all just shrugged at me with uninterest.”

Ryder says the Button Factory’s manager has since contacted him and “apologized profusely” for what happened, “but the explanation I received for why they were allowed to stay did not satisfy my frustrations,” he wrote.

“There may not be hate crime legislation in this country but there are venues with zero tolerance policies that they take very seriously,” Ryder added. “Given how many queer events and gigs take place in the Button Factory, they should be doubling down on this kind of thing.”

Update: The manager has since contacted me and apologised profusely for what happened but the explanation I received for…