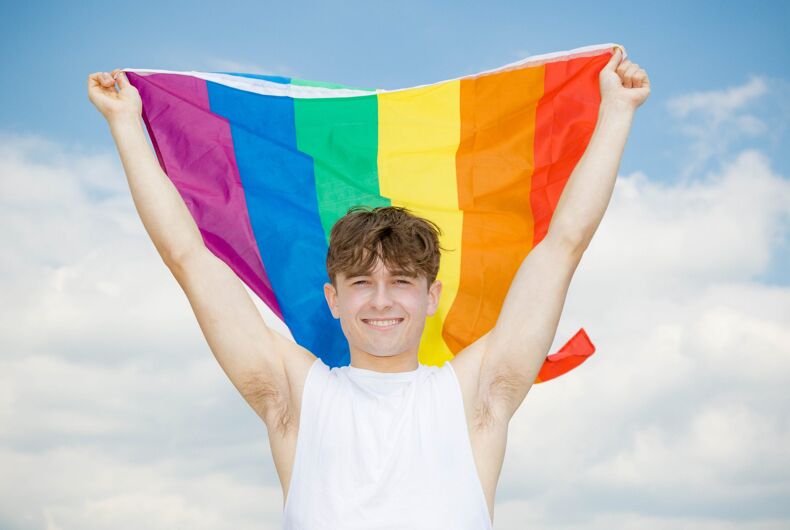 The LGBTQ community in Oz wants to go over the top with the largest human rainbow every created.

The World Record attempt will take place on March 7 at the ChillOut festival in Daylesford, Victoria. The event bills itself as “Australia’s number one Queer Country Pride festival.”

Related: A gay man got a death threat when he flew a rainbow flag. His neighbors’ reaction is amazing.

“Come and show your support for the LGBTQI+ community in this visual demonstration of solidarity.  We are attempting the World Record to create the largest Human Rainbow,” said organizers on their official Facebook page. “Let’s get all 30,366 people!”

The current world record is held by the Polytechnic University of the Philippines (PUP), which got 30,356 people together on September 18, 2004. Their successful attempt is registered in the Guinness Book of Records.

“Two years after Marriage Equality has passed, we know there is still much work to be done – both in Australia and abroad,” said organizers. “So, come and show your support for the LGBTQI+ community in this visual demonstration of solidarity.”

Organizers also are attempting to break a second World Record on March 8, hopefully hosting the longest line of dancing drag queens. They are seeking more than 145 people to attend in drag, “dressed as LGBTI and global icon Ms. Dolly Parton.”

These World Record attempts is only one small part of the overall festival, set to run from March 5-9. ChillOut will include live performers, a pool party, and even a circus show.

Tickets for the event at available on Eventbrite, and include the official T-shirt in one of the six pride flag colors.

If Ivanka Trump leaves the White House, would anyone even notice?

There’s a movement to de-gender the Spanish language. It doesn’t involve “Latinx.”