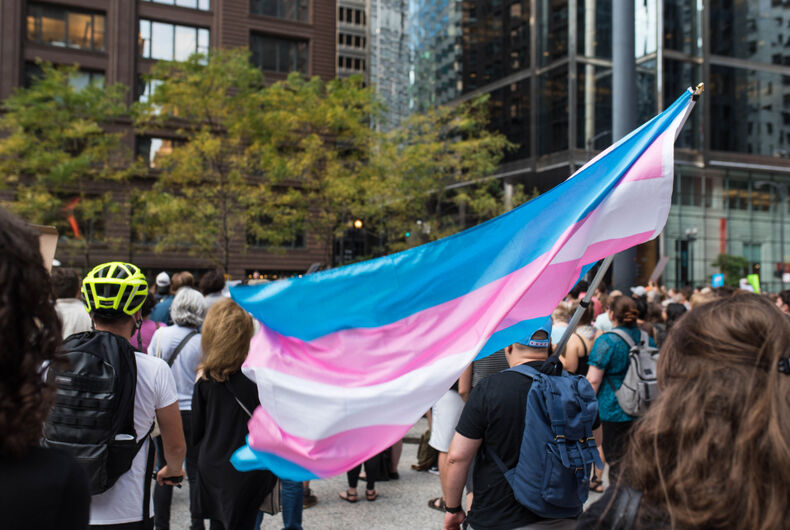 Next Monday, nine staffers will leave their positions at the National Center for Transgender Equality (NCTE), one of the nation’s largest trans rights organizations, leaving the organization with just seven staffers barely a year out from the 2020 presidential elections.

According to NewNowNext, the exodus follows long-running discontents over allegations of racism and structural problems like low pay and little paid time off. The staffers decided to leave following a four and a half hour meeting called, in part, to address a staffer letter “demanding that executive director Mara Keisling and deputy executive director Lisa Mottet resign within 18 months.”

Related: National Center for Transgender Equality has endured multiple bomb threats over the past year

At the meeting, NCTE leadership reportedly laid out “new protocols” meant to address staffer grievances and offered those who wished to leave a 10-week buyout; NCTE says all departing staffers accepted the buyout. Others called the new protocols “vague” and believed they wouldn’t properly address NCTE’s ongoing issues.

In a statement, Keisling said:

We have asked our staff to embrace a new chapter at NCTE, but we didn’t want anyone to feel pressured into this decision. We offered a severance package meant to give those who decide this next chapter is not for them the stability to make that decision.

In the past, staffers have also reportedly had “failed attempts to unionize” and held a “massive” August 16 walkout in protest of the firing of the outreach coordinator for NCTE’s five-year U.S. Transgender Survey, a major source of data on trans American lives.

Correction: An earlier version of this article said 16 staffers were leaving. NewNowNext’s reported that “The organization started 2019 with 23 staffers, and 7 remain.” However, NCTE wrote to LGBTQ Nation, “The total number of staff leaving NCTE since November 1 is actually nine,” and the NCTE started 2019 with 20 staffers. Also, NCTE wrote that all departing staffers accepted the buyout, contrary our earlier claim that “Many declined the buyout.” Lastly, a previous headline said the NCTE is the nation’s biggest trans organization — it isn’t. The publication apologizes for these errors.