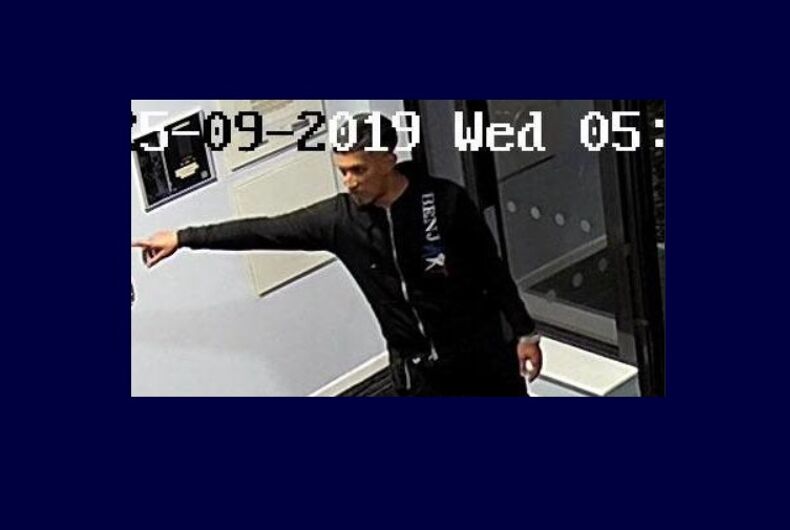 The person of interestPhoto: Dorset Police

A woman who was attacked in an alleged homophobic hate crime may suffer permanent damage to her vision in one eye.

The victim, who is in her 20s and has not been identified in the media, was attacked this past September in Bournemouth in southern England.

Police believe that an unidentified man punched the victim in the face and then in the back of the head. She had to be sent to the hospital for swelling in her eye socket, as well as extensive bruising.

Now, over a month later, police are saying that the damage to her vision in one eye may be permanent.

“This incident was understandably very upsetting for the victim and as a result of the assault, she may have sustained permanent damage to her eyesight,” said Rebecca Walker-Date of Dorset Police.

Police believe that this may be an anti-gay hate crime.

“It is believed that she may have been targeted because of her sexual orientation and inquiries are underway to locate the offender,” Walker-Date said.

Police have a person of interest who was caught on a nearby security camera and have released his image. If anyone recognizes him, they are encouraged to call Dorset Police at 55190151000.