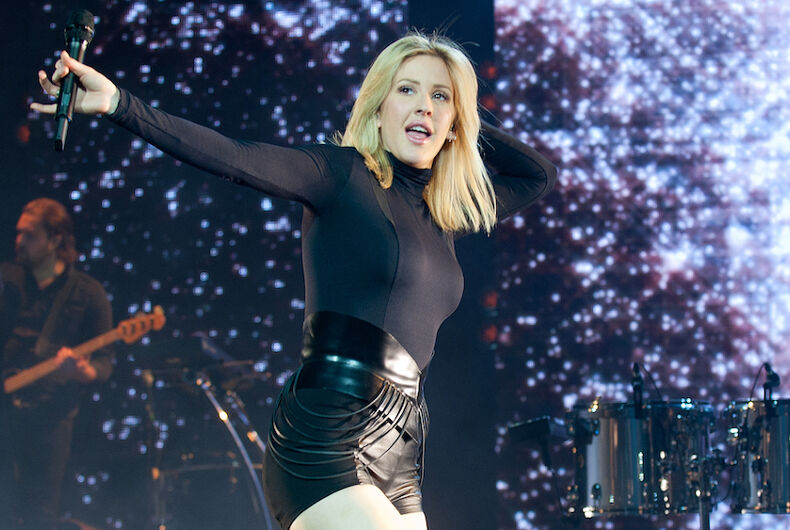 Five days ago, the NFL announced that English singer and songwriter Ellie Goulding would perform during the halftime of its Thanksgiving Day game, a performance which for the last 22 years has served as the kick-off event for the Salvation Army’s Red Kettle Campaign to raise money for the homeless.

But when Goulding shared the news with her fans on Instagram, her fans mentioned the Salvation Army’s history of anti-gay and transphobic politics. In response, Goulding has since announced that she won’t be performing for the NFL halftime show after all.

In a comment, Goulding thanked her fans, claimed not to have known about the organization’s history, and urged the group to do better:

Upon researching this, I have reached out to The Salvation Army and said that I would have no choice but to pull out unless they very quickly make a solid, committed pledge or donation to the LGBTQ community.

I am a committed philanthropist as you probably know, and my heart has always been in helping the homeless, but supporting an anti-LGBTQ charity is clearly not something I would ever intentionally do. Thank you for drawing my attention to this.

The Salvation Army responds by denying its anti-LGBTQ past

David Hudson, National Commander of the Salvation Army, called the group’s history of anti-LGBTQ politics a bunch of “myths,” adding, “An individual’s sexual or gender identity, religion, or lifestyle has no bearing on our willingness to provide service. We stand firmly behind our mission to meet human needs in His name without discrimination.”

But the group’s anti-LGBTQ past isn’t a myth.

The Salvation Army has pushed to keep consensual same-sex activity criminalized in New Zealand, to keep any positive mentions of homosexuality out of U.K. schools, and to skirt anti-discrimination laws in the U.S.. When news of this came up, the group began a PR offensive to combat these facts.

More recently, the organization was busted by New York City’s Commission on Human Rights in 2017 for discriminating against homeless transgender people.

The Salvation Army has not said whether it would meet Goulding’s condition of supporting LGBTQ rights to get her to perform at the show.