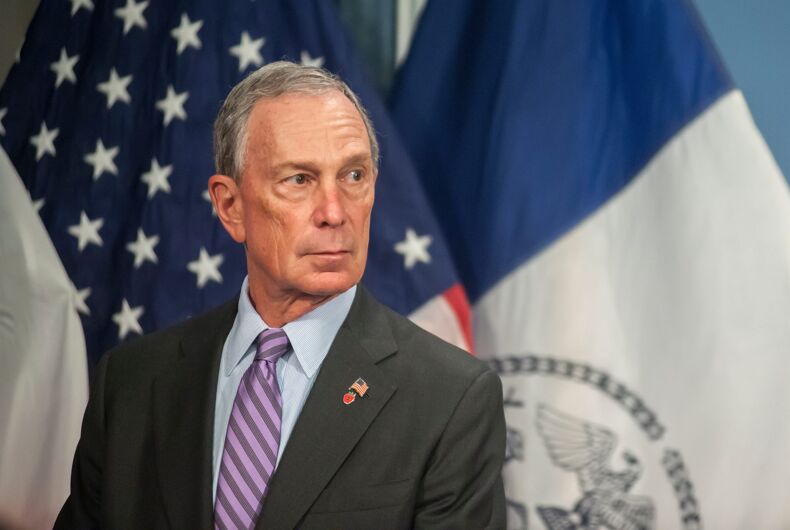 Mayor Mike Bloomberg prior to a bill signing ceremony in the Blue Room in City Hall, January 7, 2013.Photo: Shutterstock

Bloomberg, a Democrat who became mayor of the Big Apple in 2002 as a Republican – before becoming independent for his third and final term – joins the already huge pool of candidates vying for the Democratic nomination for President.

“We cannot afford four more years of President Trump’s reckless and unethical actions,” the candidate wrote on his campaign’s website. “He represents an existential threat to our country and our values. If he wins another term in office, we may never recover from the damage.”

According to NBC News, Bloomberg spent $31 million on his campaign ad (which aired before he officially announced), promoting “Bloomberg’s record as mayor in the aftermath of 9/11 as well as his post-mayoral work campaigning for gun control and against the coal lobby.”

The stakes could not be higher.

We must win this election.

And we must begin rebuilding America. https://t.co/W6P9uaCyqN

Outside of mayor, Bloomberg boasts being the co-founder and CEO of financial media company Bloomberg, L.P. and a billionaire participating in The Giving Pledge, a Bill Gates-created initiative in which participating billionaires pledge to donate half of their worth.

While Bloomberg backed legalization of gay marriage as mayor and wrote an op-ed persuading others to that effect in 2013, the former mayor’s standing in the LGBTQ+ community is far from stellar. Many criticized Bloomberg for his repeated cutting of funds that went toward HIV prevention under his administration, and for continuing the policies of his predecessor, now-Trump mouthpiece Rudy Giuliani.

“In 2008, undercover vice officers began the practice of luring gay and bisexual men into consensual sex encounters in the shops then offering to pay the men after they agreed to the sex. The men were then arrested for prostitution,” Gay City News reflects. “Police enticed older men with younger officers, and…altogether, 78 percent of the men arrested were either Latino or African-American.”

They also questioned the time it took for Bloomberg to endorse legalizing same sex marriage, stating that he “refused to take a position on same-sex marriage” for years until 2005. Same-sex marriage did not become legal in the city or state of New York until 2010.

“There is a narrative about his success, but there are many things that didn’t go well for people who needed help,” Dan Teitz, a social services veteran who serves as the Treasurer of the Lambda Independent Democrats, said to Gay City News. “Bloomberg has shown that he has no center. He has party-hopped and given obscene amounts of money to Republicans.”

Bloomberg will now have less than 3 months to prepare for the first caucus of the 2020 campaign in Iowa.