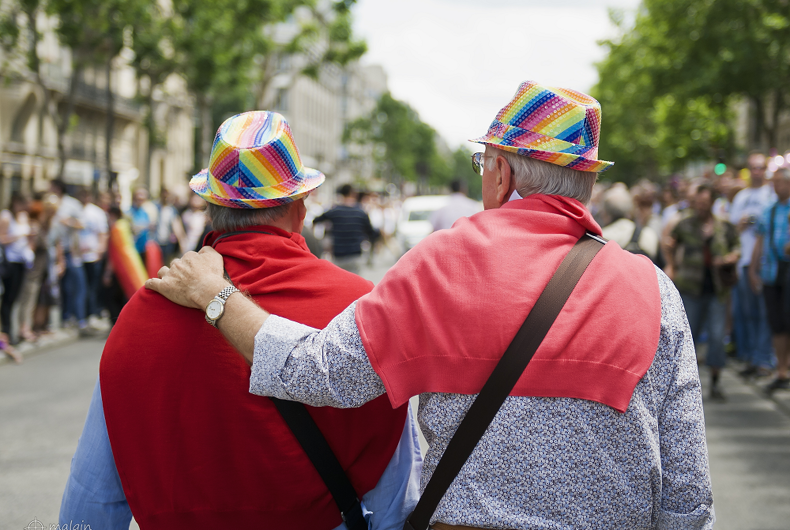 A jury in Florida has just awarded a gay man $157 million dollars from the tobacco companies Phillip Morris and R.J. Reynolds, in a lawsuit that also advanced LGBTQ equality.

Bryan Rintoul, 72, legally married his husband Edward Caprio in 2015, three days after the Supreme Court required every state to recognize marriage equality in its Obergefell v. Hodges decision. In 2018, Caprio died of chronic obstructive pulmonary disease (COPD), a result of decades of smoking.

Related: LGBTQ people at twice the risk for smoking dangers

Rintoul sued for wrongful death, arguing that the tobacco companies marketed cigarettes to teenagers – Caprio started smoking when he was 15 – and manipulated nicotine levels in them to make them more addictive. Both men tried to quit numerous times, unsuccessfully.

But central to the case was the fact that Caprio was first diagnosed with COPD in 1996, two decades before he and Rintoul got married. Under Florida law, a surviving spouse can only sue for wrongful death if they got married before the illness that caused the death.

Rintoul and Caprio met in the 1970’s when they were both working at the same ad agency in Los Angeles. The two started living together in 1983 and moved to South Florida in 1986.

“We made a commitment to each other,” Rintoul said. “We thought it would be nice to be married, just to be acknowledged as a legal couple. But we accepted our relationship as it was.”

So while they were not legally married before Caprio was diagnosed with COPD, the jury decided that the state’s ban on marriage equality was illegal and couldn’t be used as a reason to deny Rintoul the right to sue for wrongful death.

“The jury got it right,” Tara Borelli of Lambda Legal told the South Florida Sun-Sentinel. “Florida’s ban on marriage for same-sex couples has always been unconstitutional, so it can never be used as an excuse to deny important benefits to survivors.”

Lawyer Scott Schlesinger, whose firm has argued many tobacco cases, said that the case is one of the first of its kind.

The tobacco companies are expected to appeal the ruling, but for the moment, Rintoul said that he appreciated that the jury agreed that he and Caprio were living as a married couple even before they could legally marry.