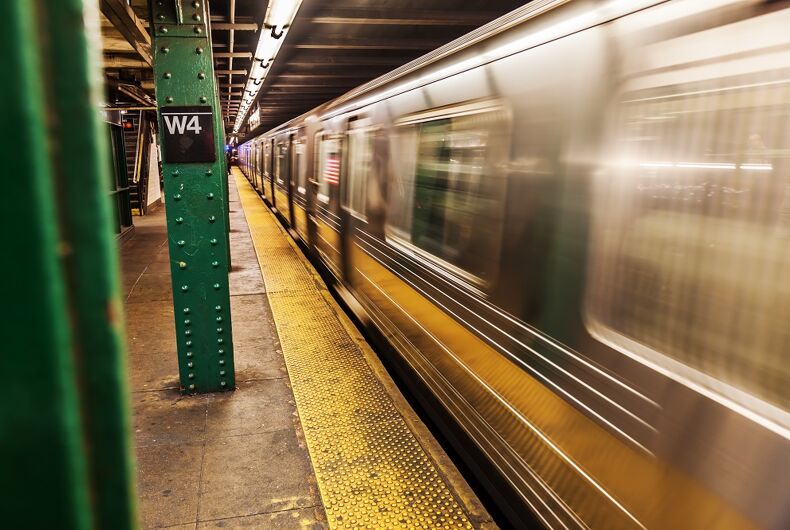 A subway in NYCPhoto: Shutterstock

A man was hit with a hammer and pushed onto the subway tracks in New York in what police believe may be a bias-motivated crime.

The 21-year-old victim was waiting for the D train in Manhattan at 1:10 a.m. early this morning when he was attacked, according to a police source who spoke with the New York Daily News.

Related: A man viciously beat a lesbian couple while calling one of women ‘a dude’

The alleged attacker then approached the victim waving a hammer, shouting “F****t! F****t!” at him.

He swung the hammer and hit the victim in the armpit. Then he grabbed the victim and threw him onto the subway tracks.

The victim climbed out on his own before the next train arrived, and paramedics took him to St. Barnabas Hospital where he was treated for a deep cut to his left eyebrow and minor injuries.

The New York Police Department is investigating the attack as a possible hate crime and urges anyone with information to call 1-800-577-TIPS.