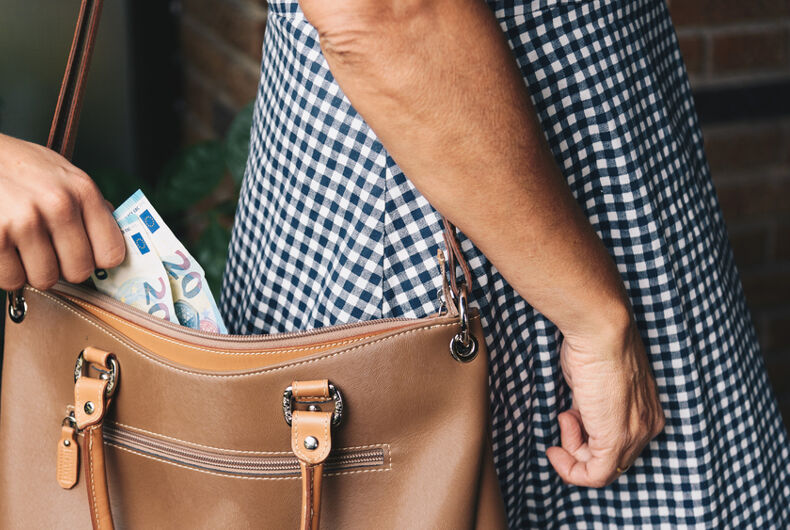 While out shopping at a superstore in Toronto, a 21-year-old woman named Alyssa ran into a homophobic woman who attended the church that Alyssa went to during her teenage years.

Alyssa remembered that this woman in particular had suggested to Alyssa’s foster family that she be sent to conversion therapy after they found out she was a lesbian. In the superstore, the woman began saying hateful things to Alyssa, so Alyssa got revenge by stealing her purse, throwing away her ID, and using her money to purchase tacos and pay rent.

Related: This teen girl got sweet revenge after getting fat-shamed in a cupcake shop

Alyssa told PinkNews, “[She] started spewing hatred, like, ‘I really thought the days in that camp will fix your illness’ and then called me a ‘lesbian slut’ and just started to trigger me with, ‘all the gays are horrible’.”

“I fully had a panic attack,” Alyssa said. “I went to the washroom and cried for a full moment.”

But at that moment, Alyssa decided to “fight back” by “[taking] something from her as a cost of the pain she’s caused me.”

So Alyssa took the woman’s purse, trashed her ID, and reportedly used her money to buy tacos, pay her rent and save for college. Must’ve been a lot of money!

“Took a sigh of relief, took my Adderall, showered, moisturized – your girl was living the life,” Alyssa said.

Alyssa later wrote about the incident on Twitter, stating, “A white woman spawned out of nowhere today and started being homophobic to me, so I stole her purse and now miss thing’s ID is resting in a Target trashcan and her money is paying for my tacos and rent. If ur reading this Martha, go make out with the orangutan u married and stay out of people’s business.”