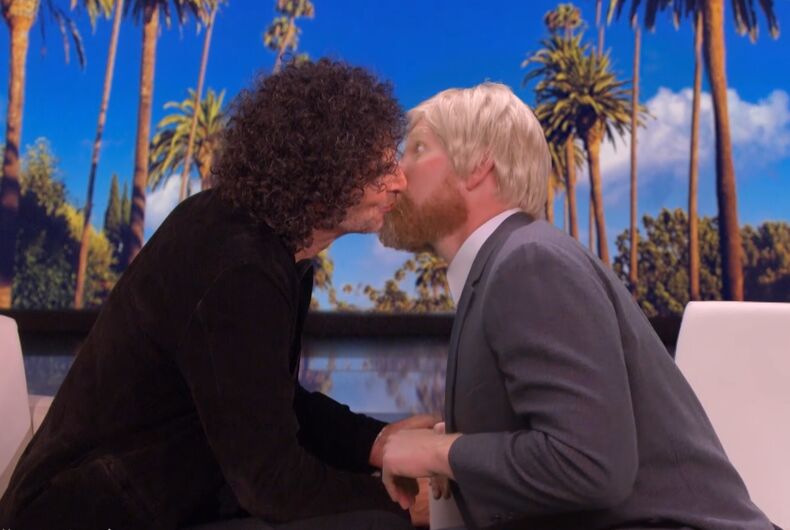 Last month, Ellen kissed Howard Stern in what they humorously referred to as an attempt to take attention away from her friendship with George W. Bush.

Ellen said that since the kiss, “People freaked out” at the idea of her kissing a man.

“At least it looked like” she kissed Stern, she said. “If you watch closely, you’ll see what really happened.”

She then played an obviously doctored version of the clip, with her “body double” Ross edited into her place.

Between her kiss with Aniston and today’s kiss, Ellen is making same-sex kissing a central feature on her daytime talk show.