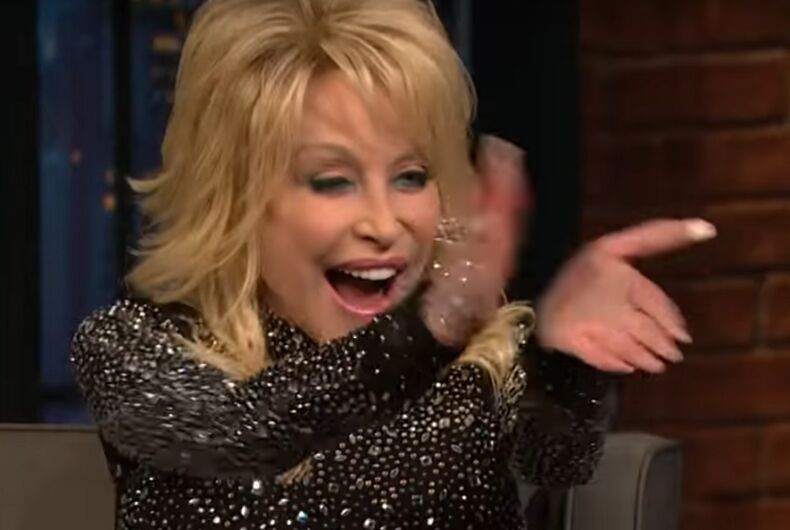 Parton was on Seth Meyers’s show to promote her new series that will be streamed on Netflix.

He asked her the story behind Jolene – a song that got her three Grammy Award nominations, of which one she won – and she explained that Jolene was a bank teller she was jealous of when she just got married to her husband.

Meyers mentioned that his son liked “Jolene,” so Parton said that she would sing part of the song.

The song starts at around the 2:45 mark.

Several decades ago, jokes where gay people were the punchline were a staple of late night comedy. But in 2019, Dolly Parton could sing a tribute to her gay fans and the late night show host didn’t crack a joke about it.

How much would the Democratic nominee dictate LGBTQ policy?