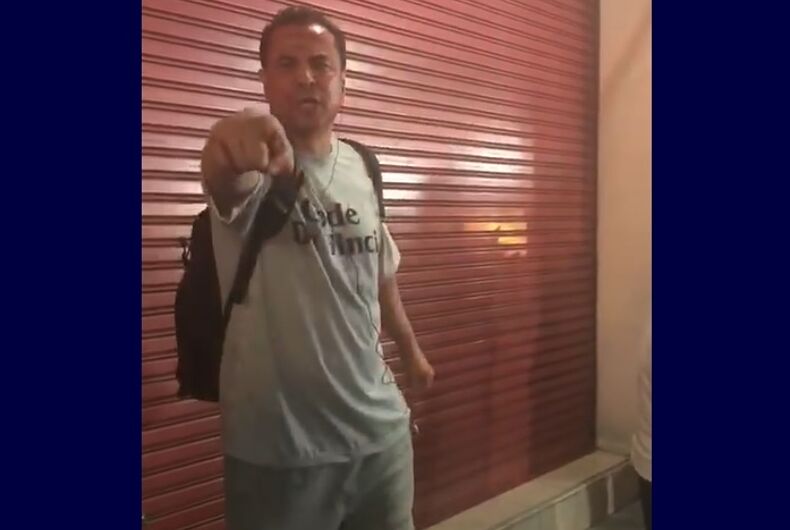 An American tourist in Thailand was caught on video in a violently racist, homophobic, and misogynist tirade that shocked locals.

The tourist, who has been identified as North Dakota resident Daniel Franckowiak, is already angry at the beginning of the video, which was shot at a restaurant in Chiang Mai, Thailand.

“I kill people, I rape children, I kill faggots. I’m real! I’ll fucking kill and rape you too!” he says.

Franckowiak turns to a man in the restaurant and says his skin looks like “the ass of a fucking cow.”

Later in the video, police show up to arrest the belligerent tourist. He turns to the person recording and says, “Put me on YouTube and make me famous.”

The video was posted to Facebook – not YouTube, as he said he preferred – by restaurant owner Salita Akaruean, according to the Thai Examiner. He was arrested for breaking a window at the restaurant, and Akaruean says he returned just after he was released from police custody to insult her.

After the video was posted online, several other business owners reported property damage caused by Franckowiak during his nine weeks in Thailand, including at a McDonald’s.

His Facebook bio says that he is “The world’s very first runway model-superscientist and inventor” and he wrote on Facebook that he is in Thailand “for classified reasons” for the CIA. It is not known whether he was joking.