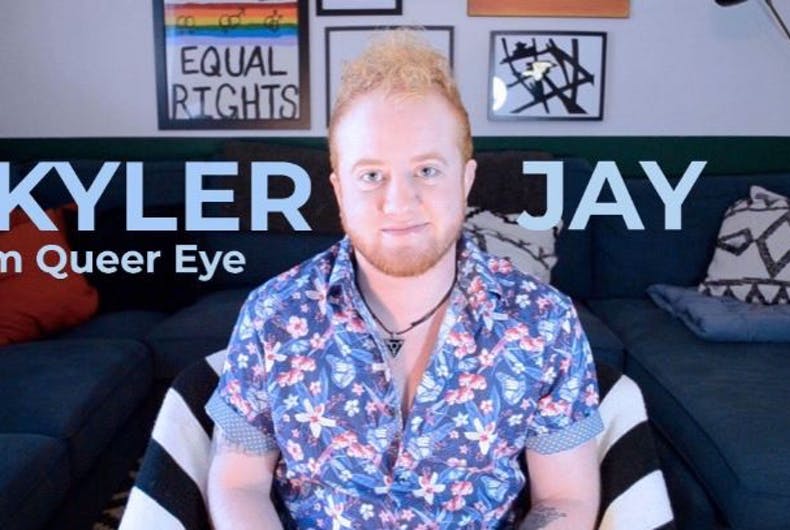 Skyler Jay, who appeared in an episode of Queer Eye, has succeeded in changing his employer’s policy on trans health care coverage.

Jay is transgender and he works for the University System of Georgia (USG) in catering. USG oversees the 26 state colleges and universities in Georgia.

For over a year, he has been trying to get his employer’s health care to cover transition-related care. He got top surgery last year and coverage was denied because of his employer has a trans exclusionary health care policy. He appealed and was denied again.

So he raised money to pay for the surgery himself as fees were being added to the bill.

Jay tried to sue Blue Cross Blue Shield – USG’s insurer – but a judge threw out his lawsuit saying that the insurance corporation was just following USG’s policy on health care.

Last month the USG Board of Regents agreed to change its policy to allow transition-related health care for its 60,000 employees and their dependents.

Jay told Out that he feels “relieved” by the policy change.

“Honestly, I feel like this is history for our community,” he said. “Given the administration and the politics facing the transgender community, we’re unfortunately losing a lot of battles right now. At the end of the day, there is so much more work to be done, but this is a huge move.”

“The fact that this win is coming out the center of the Bible Belt is a huge move for the community and for morale in general.” he continued.

“I’ve had so many people from this state contact me since Queer Eye to say, ‘I can’t be out but what can I do to help you,’ or that ‘I need this for my child because we have to pay for my child’s hormones out of pocket,’ and countless other messages. These messages from other people are the biggest reasons why I was unwilling to budge about the removal of these exclusions.”

He also said that his appearance on Queer Eye‘s second season helped bring attention to the policy and change it.

“I think it was really a make or break for how the decisions panned out and how that the lawyers for USG treated me,” he said of appearing on the reality show. “I think the outcome of the lawsuit had a lot to do with me sharing these struggles.”

Jay’s surgery may still not be reimbursed, though, because he did it before the policy change was enacted.

Bernie Sanders has been hospitalized for heart problems

A man is suing Apple because his iPhone turned him gay