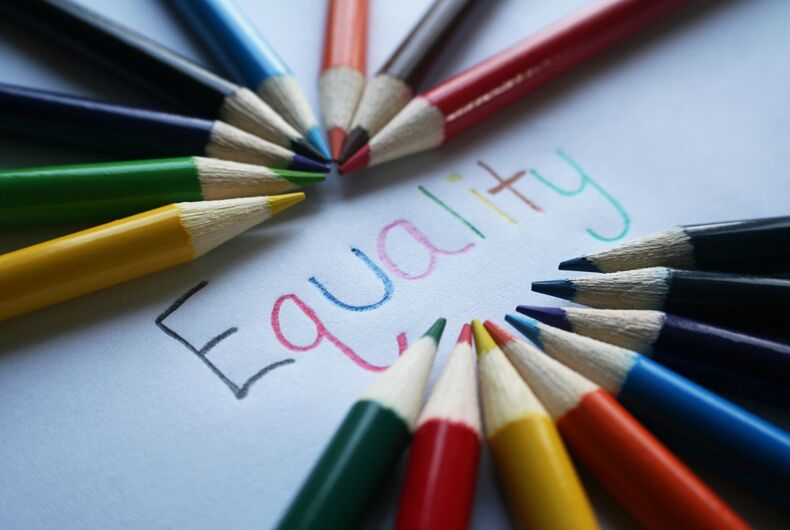 Students at a school in Georgia have launched a petition to ban a Gay-Straight Alliance (GSA) in their school, implying that the club will “push” homosexuality on the students.

Mason Rice, a student at Fannin County High School, is trying to start a GSA so that LGBTQ students at the school can find support and feel safe.

“I feel like it’s very important because this town — there’s a lot of people who don’t support gay people,” he told the Atlanta Journal-Constitution. “I feel like if we had a support group to go to, that would be better for them.”

But his request for the club has set off controversy in the school, as some students have mounted opposition to the GSA.

His classmate Emily Deal started a petition on Change.org to ban the GSA with the title “Don’t let homosexuality be pushed on students in Fannin County.”

The petition, which has over 1200 signatures, said that they want “everyone [to] stand up against” the GSA.

“Some students have even gone as far as saying they would drop out of school if this does go through,” the petition states, although it doesn’t say why. No student at the school will be forced to join the GSA.

The petition also whines that students who oppose the GSA “are being attacked because of their opinions and beliefs,” even though the petition itself is an attack on students who want a GSA.

It also says that “They won’t let us bring religion into the schools so why is it okay to bring this into schools?” Fannin County High School’s website says that the school has a chapter of the Fellowship of Christian Athletes.

Deal, who started the petition, told WSB-TV, “Nobody will talk to me now.” She also said that some of her friends have “turned against” her because of her homophobia.

Supporters of the GSA have also started a petition, which has over 2500 signatures.

In a statement, Principal Erik Cioffi said that there has been no formal request for the GSA, just students agitating for and against it. He also said that all clubs at the school have to form at the beginning of the year, so the earliest a GSA could start would be at the beginning of next school year.

He also said that the school will follow the law and allow any club to form that follows procedure.

“If anyone meets the criteria, they would get approval,” he said.