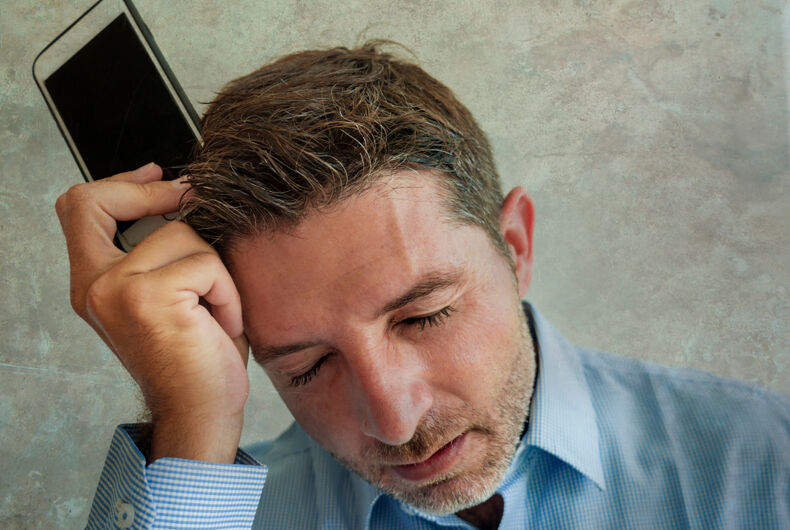 D. Razumilov, a Russian man who filed a lawsuit against Apple over claims that his iPhone had turned him gay, has dropped his lawsuit to avoid negative publicity after news of his case went viral.

Razumilov’s lawyer Sapizhat Gusnieva said, “Haters found his information [and] Apple supporters began to write to him.” This, combined with the prospect of publicly appearing in court, compelled Razumilov to drop the case.

Razumilov’s bizarre plight began in 2017 when he downloaded a cryptocurrency app onto his iPhone. Immediately after downloading it, he was rewarded with 69 GayCoins, a cryptocurrency.

He said an unknown person then messaged him in English, allegedly saying, “Don’t judge [gayness] without trying.” That was enough to get Razumilov to start having sex with men.

He wrote in his complaint, “I thought, ‘Indeed, how can I judge something without trying it?’ And decided to try same-sex relationships.”

Razumilov broke up with his girlfriend and became full-fledged gay.

He wrote, “I can say after the passage of two months that I’m mired in intimacy with a member of my own sex and can’t get out. I have a steady boyfriend and I don’t know how to explain it to my parents. After receiving the aforementioned message, my life has changed for the worse and will never be normal again.”

Razumilov accused Apple of “manipulatively pushing me toward homosexuality.” He sought one million rubles (around $15,000) for “moral suffering and harm to mental health.”

Even though Russia has a 2013 federal law forbidding “propaganda of nontraditional sexual relationships,” it’s unclear whether the law would’ve aided Razumilov in his quest to blame Apple for his sexual involvement with men.

It’s also entirely possible that internalized homophobia might’ve compelled him to seek someone to blame for “causing” his same-sex attraction rather than just accepting that sexuality can be fluid and attracted to different types of people over a lifetime.