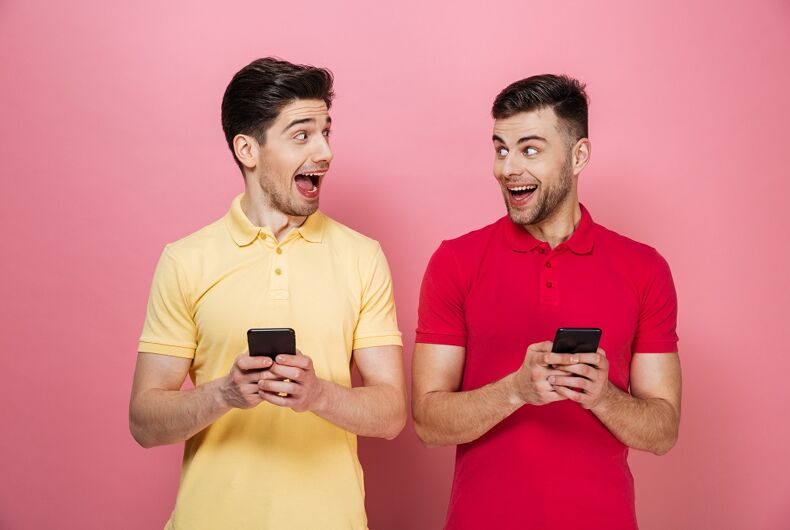 A man is suing Apple because, he says, his iPhone turned him gay.

The Moscow Times reports that a man identified in court papers as D. Razumilov says that he downloaded a cryptocurrency app in 2017 on his iPhone. He was rewarded with 69 GayCoins, a cryptocurrency.

He said that an unknown person sent him a message in English that he believes said, “Don’t judge without trying,” and, well, that was enough to get him to start having sex with men.

“I thought, indeed, how can I judge something without trying it? And decided to try same-sex relationships,” he wrote in his complaint.

“I can say after the passage of two months that I’m mired in intimacy with a member of my own sex and can’t get out,” he wrote. “I have a steady boyfriend and I don’t know how to explain it to my parents. After receiving the aforementioned message, my life has changed for the worse and will never be normal again.”

Razumilov is accusing Apple of “manipulatively pushing me toward homosexuality” and he wants one million rubles (around $15,000) for “moral suffering and harm to mental health.”

He has a hearing scheduled for October 17 in a Moscow court.

GayCoins are a little-known gay cryptocurrency. According to a website that tracks cryptocurrencies, one GayCoin is currently valued at less than two cents.