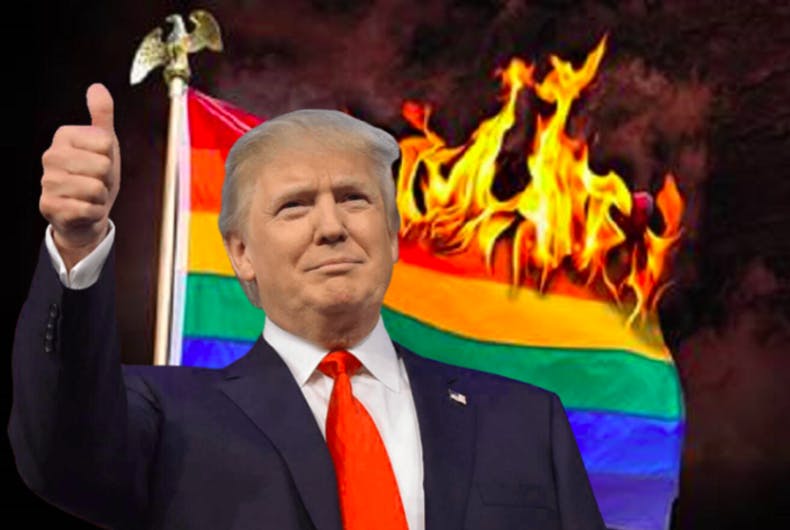 Before President Trump decided to abandon Kurdish allies in Syria, the only complaint that conservative Christians had against him was that he curses. But now that he has abandoned our allies there, no less a figure than Pat Robertson said that Trump threatened to lose “the mandate of heaven” by his actions, while Franklin Graham urged his Twitter followers to “pray w/me” that the president would change his mind.

While the Kurds are largely Muslim, they do include some Christians. More to the point, they’ve been critical in the fight against ISIS, which represents everything that conservative Christians fear about Islam.

At the same time, the president has amply demonstrated his willingness to ask foreign governments to interfere illegally with U.S. elections. And then there’s the unprecedented grifting in which Trump awarded his own business a federal contract for the G-7 summit, the kind of deed that would land a local politician in jail for years.

On those topics, though, you ‘ll hear nary a peep from the religious right. In fact, the Kurds aside, Trump’s appeal to white religious conservatives remains as strong as ever.

All you need to do is look at the rapturous reception Trump got last week when he appeared at the Value Voters Summit, a religious right jamboree. Amidst the word salad that Trump served up, he managed to capture the heart of his support among the religious right in a single sentence: “They’re coming after me because I’m fighting for you.”

When Trump was finished with his rambling remarks, the audience started chanting, “Four more years!”

Trump and the religious right are so tightly connected at this point that they’ll be bound to one another through the impeachment process. (Keep in mind, though, that loyalty for Trump is a one-way street.) That has two major ramifications.

One is that, more than ever, Trump needs white conservative evangelicals (and like-minded Catholics) to turn out for him at the ballot box if he’s to win re-election. Since Trump believes all relationships are transactional, that means he will be flinging favors at the religious right much the way he tossed paper towels to hurricane survivors.

He’ll keep stuffing the federal courts with unqualified and patently bigoted judges. His administration will keep searching for ways to peel back LGBTQ progress. It will continue its creep toward theocracy. In short, Trump has every incentive to ramp up his awfulness to make his followers happy.

The other ramification is better news: Trump can double down on evangelical followers, but there are fewer of them.

A new analysis from Pew Research finds that the number of self-identified Christians in the U.S. is falling “at a rapid pace.” Ten years ago, the 77 percent of Americans said that they were Christian. The number now is 65 percent. Moreover, “Christians are declining not just as a share of the U.S. adult population, but also in absolute numbers.”

Fewer Christians means fewer Christians voting. As a counterbalance, the number of Americans with no religious affiliation (dubbed “nones”) has been climbing rapidly, and now stands at more than a quarter of the population. “Nones” are much more likely to be young and politically liberal.

That’s a big problem for Trump. He has pretty much maxed out his support among religious conservatives, and now there are fewer of them to boot.

The election is still a year off. Since Trump and his cronies can’t seem to stop themselves from saying the illegal part out loud, the Republican ticket could look a lot different than it does right now. But in the meantime, Trump and his core supporters are going to grab everything they possibly can for themselves — at our expense, of course.