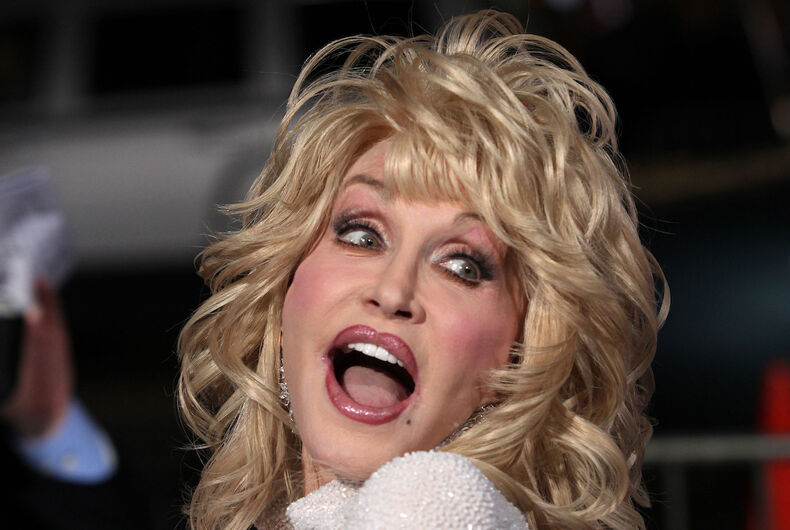 Dolly Parton’s music is already iconic, but her hair will soon achieve icon status too as the country diva and longtime ally will soon release a line of wigs that imitate her exquisitely styles and trademark “blonde bouffant.”

In her interview with to Elle magazine, Parton said she has signed a deal with IMG to create a fashion line complete with makeup, hair, clothes, jewelry, accessories, home goods, and wigs.

Related: Dolly Parton lost a drag lookalike contest. No one knew it was actually her.

The 73-year-old star also said she regularly wears wigs both on-stage and off:

When I’m around home, I wear my little scrunchies, but I always put on some makeup and fix my own hair as cute as I can fix it. Wigs are just so handy. I’m so busy, and I have so many choices. I never have a bad hair day, and that’s a good thing.

She expressed surprise to Elle magazine that anyone considers her a style icon at all:

To me, that’s still one of the funniest things, when people say that I am a fashion icon. I just always thought people thought I was so gaudy. I am! I’m flashy, and I’m flamboyant. Had I not been a girl, I definitely would have been a drag queen. I like all that flamboyance. I love all that sparkle, and shine, and color.

Parton has supported LGBTQ issues for a long time. She was one of the first major country stars to publicly support marriage equality and regularly says that gay men are her biggest fans.

In the past she has urged her Christian fans to be more loving of gay people and spoken out against transphobic bathroom bills.

She has said, “I don’t judge people. I try not to get too caught up in the controversy of things. I hope that everybody gets a chance to be who and what they are.”

Shangela teaches Kamala Harris to thworp a fan like a queen