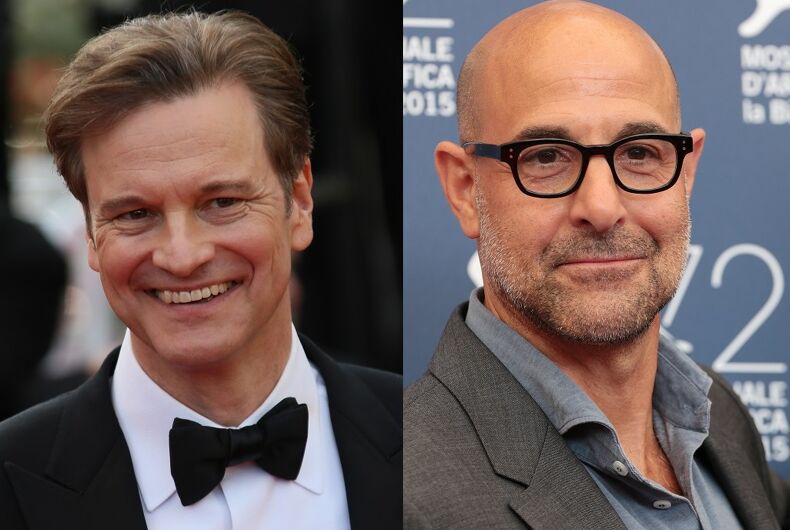 If you’ve been waiting to watch Oscar winner Colin Firth in a relationship with The Devil Wears Prada‘s Stanley Tucci as they embark on a cross-country road trip, your opportunity is here.

Firth and Tucci are the lead actors in Supernova, a British film focusing on a romance between two life-long partners as they travel around England in an RV after Tucci’s character begins experiencing early-onset dementia. It is directed and written by Harry Macqueen, known for appearing in EastEnders and directing and writing Hinterland. This will be Macqueen’s second feature release.

Related: Billy Porter will play the fairy godmother in the upcoming ‘Cinderella’ movie

Firth, known for his critically acclaimed acting as King George VI in The King’s Speech, will star as Sam. Tucci, who has played several gay characters or characters revered by the LGBTQ community, is playing his partner Tusker, who has dementia. They embark on the road to reconvene with familiar faces and places as Tusker’s condition begins to worsen.

It’s not entirely a heartwarming story, though, and Out Magazine compares it to a more heartwrenching tale a la The Notebook based on Macqueen’s description of the film in the press release.

“Supernova is a deeply romantic, modern love story… It follows two people who are bound together by their love for each other, but being pushed apart by the situation they find themselves in. It is an intimate, naked portrayal of a relationship facing a fissure that threatens to cut it to its very core.”

The film was financed by BBC Films and the British Film Institute, with Quiddity Films and The Bureau producing and cinematography by Dick Pope. After six weeks of filming, the movie has been completed but not premiered yet. It’s also already being praised, with The Bureau Sales describing it as “every sales agent’s dream, combining strong producers, gifted actors, an elegant script, and a talented director who celebrates love with a mix of witty humor and truly heartfelt, emotional moments.”

Supernova has already secured distribution deals in the United Kingdom, Japan, Taiwan, and a majority of Europe including Germany, Austria, and the Netherlands. According to Variety, The movie will be shopped for American distributors at the American Film Market, or AFM, which begins November 6 and runs through November 13.

This will be Firth and Tucci’s third film together, following Conspiracy and Gambit, both in 2012.