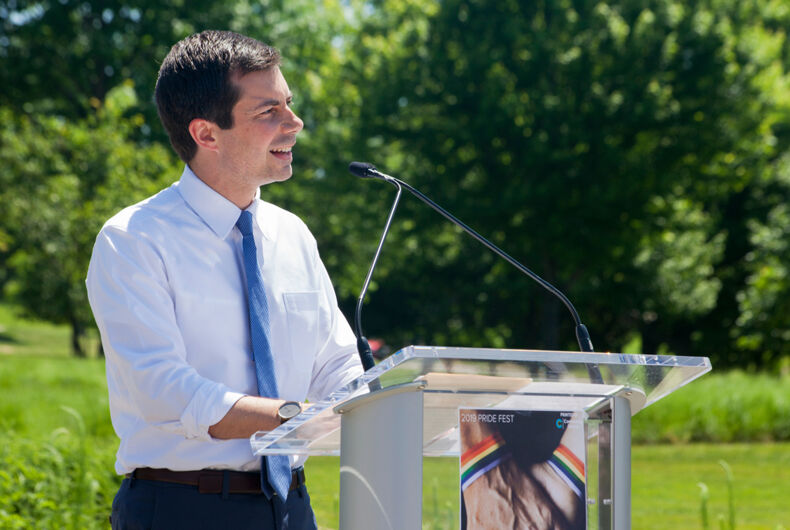 Out presidential candidate Pete Buttigieg has surged to second place in Iowa according to the latest Iowa State University/Civiqs poll. Sen. Elizabeth Warren (D-MA) is in first place.

Related: Pete Buttigieg’s sexuality is a ‘barrier’ for many black voters in South Carolina

The poll continually surveys the same pool of voters each month to get a view of how opinions change about candidates and allegiances shift. Last month, Buttigieg was in fourth place while Biden and Sanders tied for second.

The poll also asks who voters do not want to win the nomination. Biden and Sanders topped the list while Rep. Tulsi Gabbard (D-HI) came in third. The Congresswoman, who had to immediately apologize to the LGBTQ community for her previous involvement with her father’s viciously anti-LGBTQ ministry, was indirectly accused of being a “Russian asset” by former Secretary of State Hillary Clinton last week.

Iowa is the first state to hold a primary election, which gives it outsized importance. Candidates want a good showing there to prove to voters in other states that they are a viable candidate.