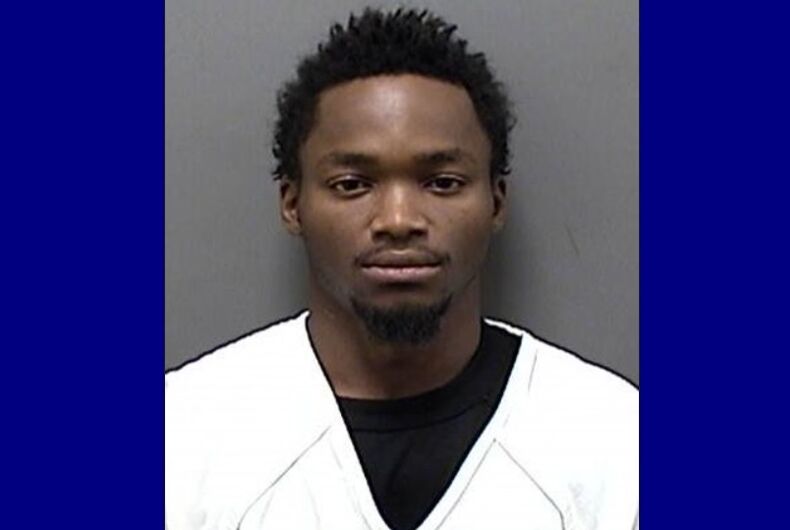 A gay man was allegedly beaten so badly that he lost all of his teeth. Now one of the attackers has been arrested.

The victim, who is not identified in court papers, called police in the Milwaukee, Wisconsin, suburb of Racine on July 29.

He said that “he had been attacked by three black males,” according to court records. He said that the three men who attacked him had called him “gay” and “taunted him for his sexual orientation.”

The victim had injuries to his face, left arm, and left knee, but the worst injuries were to his jaw, which was broken.

“His jaw was broken so severely it required all of his teeth to be removed from his mouth,” the victim was told at the hospital.

One man has been arrested in connection to the crime: Cedrick Green, 23. The victim was able to pick him out of a photo line-up.

Green has been charged with felony battery causing great bodily harm as a hate crime and two counts of misdemeanor bail jumping. He had previously been charged with other misdemeanors in another incident and was released on bond with the condition that he not commit any other crimes.

Green is currently being held on a $10,000 bond and has a preliminary hearing scheduled for later this month.

The other two alleged attackers are not named in court documents.

Soon you won’t need a prescription for PrEP in California

Ellen defends hanging out with George W. Bush despite his anti-gay legacy