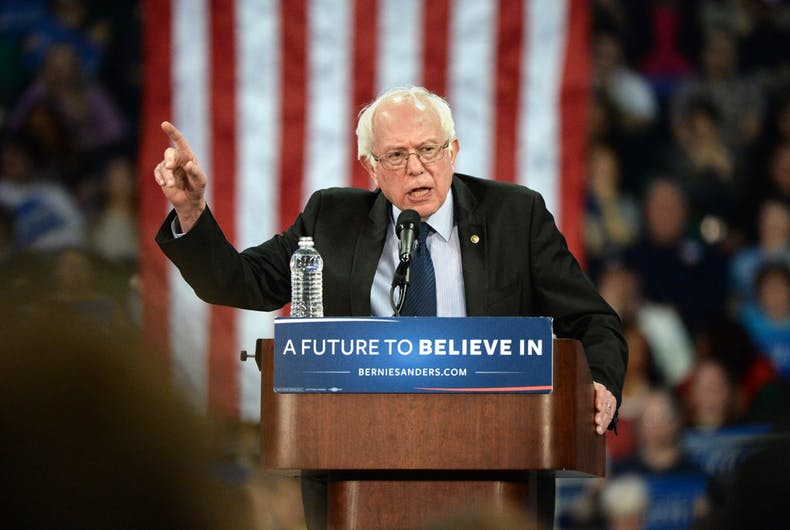 “During a campaign event yesterday evening, Senator Sanders experienced some chest discomfort,” a campaign adviser said in a statement. “Following medical evaluation and testing he was found to have a blockage in one artery and two stents were successfully inserted. Senator Sanders is conversing and in good spirits. He will be resting up over the next few days.”

“We are canceling his events and appearances until further notice, and we will continue to provide appropriate updates.”

His coming appearances may include the UCLA/HRC LGBTQ Town Hall, which is scheduled for October 10.

Sanders faced criticism last month for missing the LGBTQ Forum in Iowa and saying that he would also miss the LGBTQ Town Hall this month in Los Angeles, both due to scheduling conflicts. They are the only two LGBTQ debates in the Democratic primary this year.

On Twitter yesterday, HRC announced that Sanders changed his plans and will be attending the town hall.

.@HRC Foundation is proud to announce LGBTQ ally and 2020 presidential candidate @BernieSanders will join our Democratic presidential #PowerOfOurPride Town Hall to discuss the pressing issues facing LGBTQ people in the U.S. and around the world. pic.twitter.com/LJjiDPx5lx

Sanders is the oldest of the major Democratic primary candidates at age 78. If he wins the primary and the general election, he would be the oldest person to serve as president in the history of the United States.