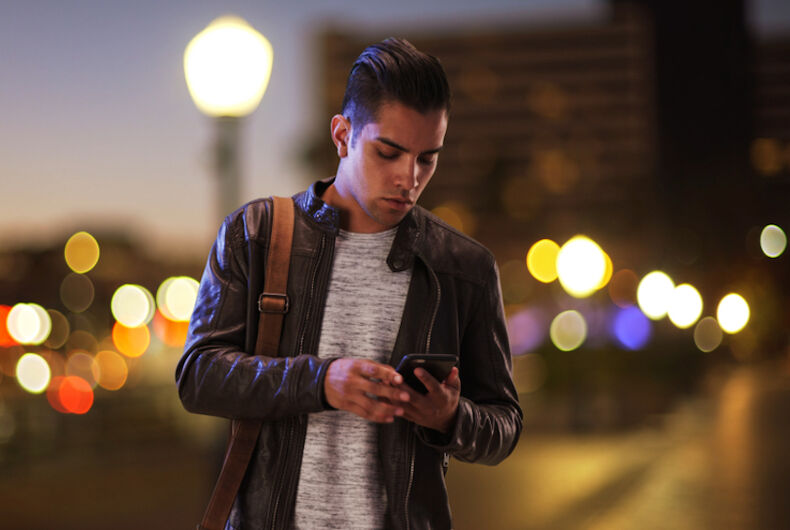 Chris Parker, an assistant professor of information technology and analytics at American University, has headed a study showing that riders who are perceived to be people of color and LGBTQ supporters “are canceled on more frequently before pickup than white and perceptibly straight passengers,” reports NBC.

Related: This footage of an Uber driver kicking out a lesbian couple is jaw-dropping

In a study entitled, “When Transparency Fails: Bias and Financial Incentives in Ridesharing Platforms,” Parker and their co-researcher Jorge Meija, an assistant professor of operations and decision technologies at Indiana University, created profiles of the following user names and pictures: “one for a black woman named Keisha or Latoya, one for a black male named Rasheed or Jamal, one for a white female named Emily or Allison and one for a white male named Brad or Greg.”

On some of the profiles, they placed a rainbow filter to make drivers think the person was either LGBTQ-identified or a supporter of LGBTQ rights.

Then, from Oct. to Nov. 2018, the researchers requested rides from a variety of major and lesser known ridesharing apps using a Washington D.C. metro stop as a location at peak and non-peak times of day. They’d wait three minutes to see if the driver would accept or cancel the ride. If a driver accepted and hadn’t cancelled by three minutes later, researchers would then cancel so the drivers could collect a cancellation fee.

“After 3,200 observations during both peak and nonpeak hours of the day, the researchers determined that while there was no significant evidence of bias against women riders compared to male riders of both races, both black men and black women were nearly three times more likely to be canceled on than their white peers. Their tests also showed that signaling support for the LGBTQ community with a rainbow filter resulted in the passenger nearly doubling their chance of being canceled on across races.”

Researchers say they hope that ridesharing apps will consider their study to either give less personal information about their passengers to drivers (so that drivers can’t choose rides based on bias) or to penalize drivers who are found to cancel rides based on racially- or LGBTQ-coded identifying features.