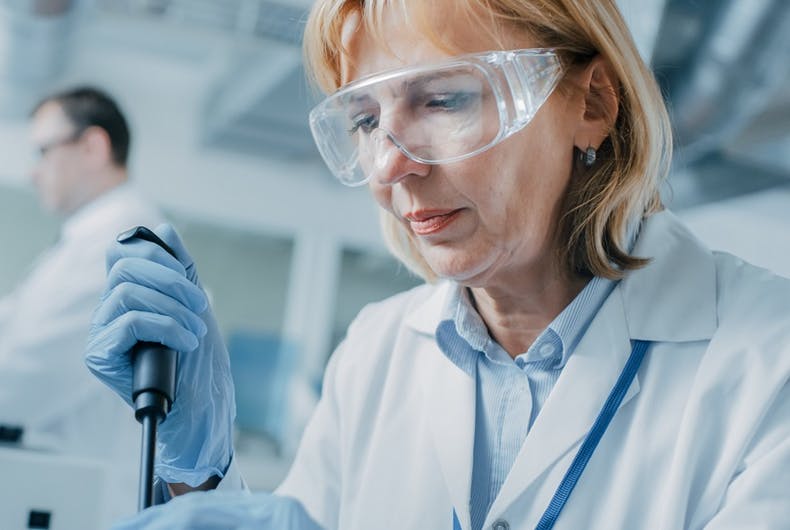 Researchers have discovered a second genetic mutation that gives people resistance to HIV.

A study published in PLOS Pathogens from a group of researchers in Spain looked at blood samples from 23 people in the same family who had a rare form of muscular dystrophy that involves a mutated form of the TNPO3 gene.

The TNPO3 gene is associated with the protein Transportin 3, which is used by HIV to take the virus into the cell.

White blood cells from the donors were unable to transport HIV into the nucleus, effectively rendering them immune to the virus.

“This helps us to understand much better the transport of the virus in the cell,” study co-author Jose Alcami of the Carlos III Health Institute told AFP.

Twelve years ago, a person living with HIV who also had leukemia received a bone marrow transplant from someone who had a mutation to the CCR5 gene. Timothy Ray Brown, who was dubbed “the Berlin Patient,” was the first person known to be cured of HIV.

Earlier this year, researchers announced that several other people who received bone marrow from donors with the CCR5 mutation were similarly cured.

The TNPO3 mutation is the second such mutation found to give immunity to HIV.

Charges were dropped against Aaron Schock. He had a gay old time in West Hollywood to celebrate.

A transgender teen was shot to death in Baltimore. She’s the 17th trans person killed this year.