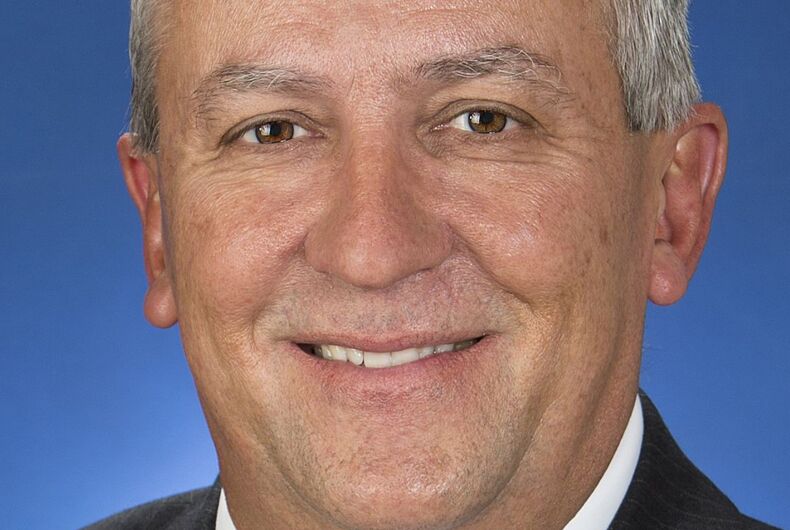 Pennsylvania Republican state senator Mike Folmer has been arrested and charged with sexual abuse of a minor, possessing child pornography, and criminal use of a communications facility. Police were tipped off by the micro-blogging platform Tumblr after Folmer uploaded an incriminating photo to the site.

In 216, Folmer blocked the Pennsylvania Fairness Act in committee, saying he supported LGBTQ rights, but was worried about “religious freedom” implications. “No one should be fired because they are gay,” he said at the time, before saying he didn’t see any urgency to pass the legislation.

In 2018, Folmer blocked the bill again despite bipartisan support. “Everyone is in agreement that we don’t want to discriminate against LGBT people, but we don’t want to step on the rights of people with religious objections,” Fred Sembach, Folmer’s chief of staff, told the Philly Gay News at the time.

Folmer, a married father and grandfather, uploaded a pornographic image to Tumblr that was caught by the site’s security measures. The site contacted the authorities who identified the disgraced politician as the person responsible. Other images were found on his phone when he was arrested.

He has been removed as the chair of the committee by Republican leadership while Democrats, including Governor Tom Wolf, have called for his immediate resignation from office.

Arizona Democrats could vote to censure out Senator Kyrsten Sinema