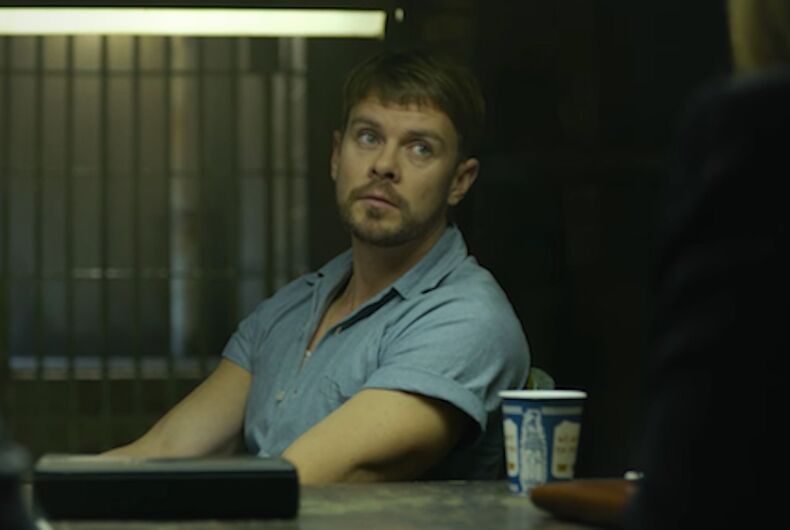 Season two of Mindhunter, Netflix’s crime thriller series, depicts Paul Bateson, a real-life gay serial killer who allegedly menaced New York’s gay scene during the mid-’70s, inspiring William Friedkin’s controversial 1980 thriller Cruising. Though his character is only in the series for about seven minutes, his legacy still haunts New York to this day.

In 1979, New York prosecutors convicted Bateson of murdering one man — Variety film reporter Addison Verrill — but investigators suspected Bateson might be the culprit behind the New York City “bag murders” in which “six unidentified victims had been discovered, dismembered and placed in bags that were tossed into the Hudson River.”

Bateson himself was a former X-ray technician who briefly appeared in the 1973 horror film The Exorcist. He reportedly admitted killing Verrill to a Village Voice reporter named Arthur Bell.

The night of his murder, Verrill and Bateson had allegedly spent the night hopping from the old New York gay bars Badlands to Mineshaft, a bar known for its leather crowd. The two men reportedly drank lots of alcohol and snorted cocaine before returning to Verrill’s Greenwich Village apartment where Bateson allegedly hit Verrill with a frying pan before stabbing him to death.

In the phone call to Bell, Bateson reportedly said he’d stolen Verrill’s credit card and correctly identified a strange substance on the floor as Crisco vegetable oil shortening. Police later arrested Bateson in his own apartment while Bateson was drunk.

Although Bateson claimed innocence during his trial, prosecutors claimed that he’d also bragged to his friend Richard Ryan about killing the six other men in a fashion consistent with the “bag murders.” Bateson said he’d simply repeated details that he’d seen in newspaper to Ryan.

Bateson also felt that his initial confession to killing Verrill was inadmissible in court because of his intoxication at the time of his confession and the fact that police hadn’t notified him of his Miranda rights. But the judge still allowed his confession to be used in his trial.

The bag murders, which weren’t widely reported at the time, became the inspiration for Cruising, the Al Pacino film in which he plays a cop investigating stabbing murders amongst New York’s gay leather bars. At the time, Bell called the film  “the most oppressive, ugly bigoted look at homosexuality ever presented on screen,” but it’s one of the few movies to document gay ’70s leather culture in explicit detail.

Bateson claims he never admitted to murdering any of the six “bag murder” victims. While police believed that Bateson would’ve known how to capably dismember the slain men because of his medical background, police couldn’t explain why he didn’t dispose of Verrill in the same manner as the others if he was in fact connected to the other slayings. For all they know, the person behind the “bag murders” could still be at large.

The Collider reports, “Bateson went on trial in 1979 and was sentenced to 20 years to life in prison. He ended up serving 24 years and was eligible for parole in 1997. He was ultimately released in 2003 and his parole was completed in 2008. It’s currently unknown where Bateson is or whether he’s even still living.”