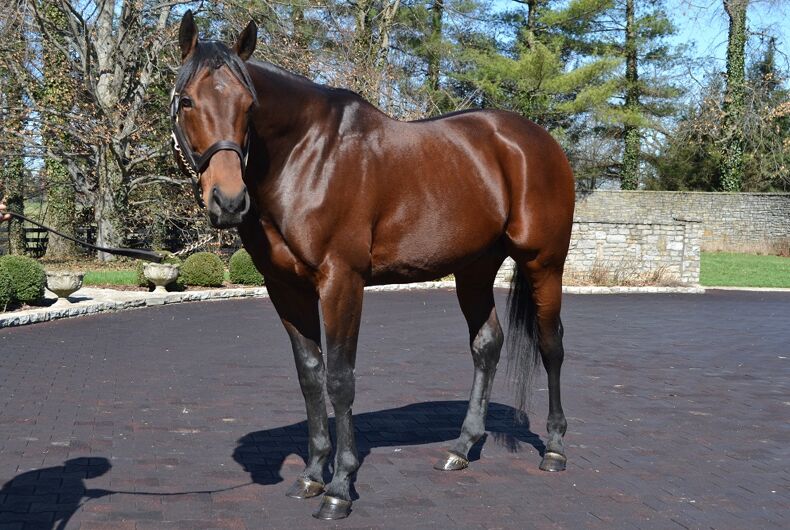 Mike Pence said that he was bitten by a prize-winning horse last year, but people who know the horse are doubting the story.

Pence reportedly recounted the horse-biting story at a retreat for House Republicans in Baltimore this past Friday.

He said that he was campaigning for Representative Andy Barr (R-KY) when he met American Pharoah – the first Triple Crown winner in 37 years – at a stud farm in March 2018.

He said that he was invited to take the famous horse’s reins when it “bit me so hard on the arm, I almost collapsed.”

The story was offered as a metaphor for working hard.

“I just gritted my teeth and smiled,” he said. “In our line of work, you’re going to get bit sometimes, but you keep fighting forward.”

But farm manager Dermot Ryan told McClatchy DC that this is the first he’s heard of this story, and that it’s not behavior he has come to expect from the horse who he said is “sweet.”

A spokesperson for Representative Barr said that Barr didn’t witness the biting but that Pence once showed him a bruise.

McClatchy DC also reports that Pence attended an event with a pro-Trump group just after he met the horse last year. He mentioned meeting America Pharoah but he did not mention the bite at the time.

This tall tale comes just after Pence was caught in another lie. In 1992 Pence criticized a civil rights ordinance that would have banned sexual orientation-based discrimination in a city in Indiana.

“The great vast majority of the psychological community says homosexuality at a very minimum is a choice by the individual, and at the maximum, is a learned behavior,” he said.

Except the American Psychological Association had already said that research did not support the idea that homosexuality was a choice.