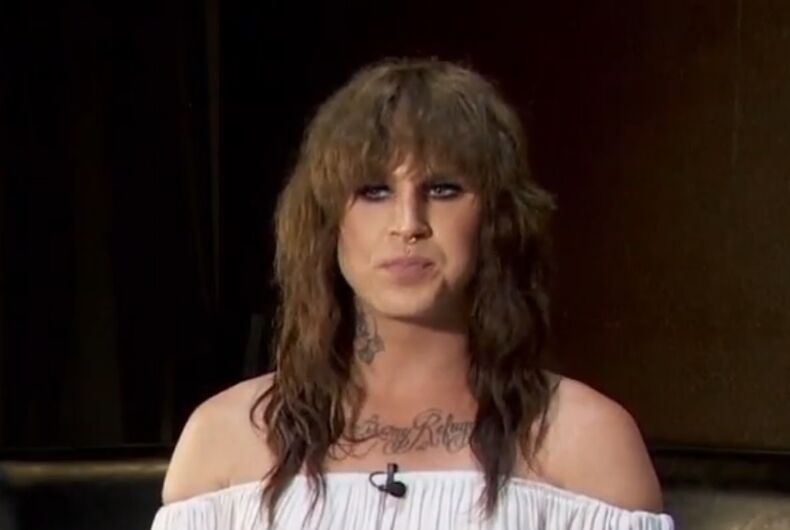 A transgender woman and her friends were violently attacked last week in Portland.

Atlas Marshall said that it happened early Thursday morning last week. She was out with friends and a man approached her and asked her for a cigarette.

When he saw that she is transgender, he insulted her.

“Very quickly you could tell that he had noticed that I am trans. He started calling me all kind of slurs and homophobic and transphobic things,” she told KATU. “He just got more and more escalated and continued to say more and more things that were very much like hate speech.”

That’s when the man and another man who was with him attacked her. They pinned her to the ground and beat her.

One of her friends, Austin Schuchard, pulled one of the men off her and she was then attacked.

Related: A trans Lyft driver was viciously attacked by a customer. Now she’s too afraid to work.

Marshall’s knees and head were bruised and she was bleeding after the attack. Schuchard, who is also transgender, ended up with a broken nose and a black eye.

“I think overall the mental and emotional damage is a little bit more intense than the other stuff is for me,” Marshall said.

The attackers had left by the time police arrived.

“I think that it’s really important that we understand that this isn’t just something that happened to us, it’s happening on a regular basis,” Marshall told KGW8.

Police have said that they are investigating the attack as a possible bias crime.

Sean Spicer is calling on Jesus to help him win ‘Dancing With The Stars.’ He’ll need the assist.