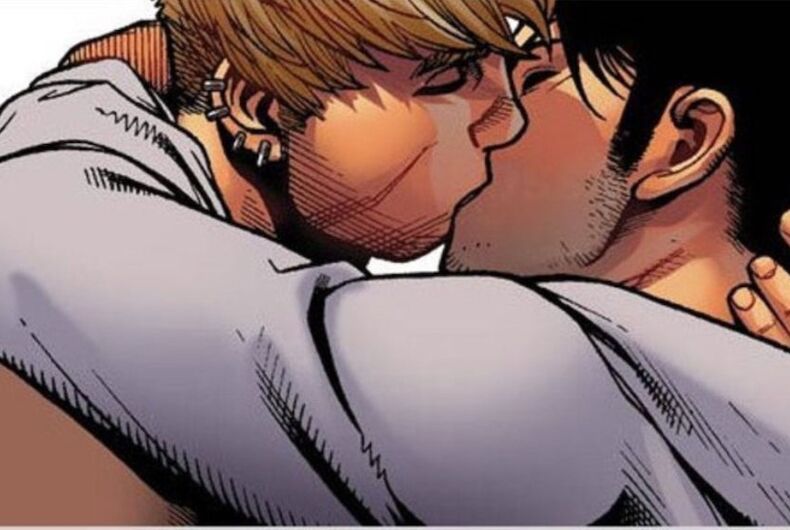 Marcelo Crivella, the evangelical bishop turned mayor of the Brazilian city of Rio De Janeiro, has banned a 2012 Marvel comic book entitled Avengers: The Children’s Crusade from sale at his city’s 19th International Book Biennial because of a gay kiss between two heroes that he has deemed as “sexual content for minors.”

He’s deluded of course. Many comic books feature romantic kisses between different-sex couples. It’s merely that this one features a completely clothed, not at all sexually explicit kiss between two men that it’s suddenly “sexual content.”

Comicbook.com reports that the plan blew up in Crivella’s face, causing him to take drastic steps:

“Booksellers at the Biennial reportedly refused to acquiesce to the order from Crivella – and in fact, copies of The Children’s Crusade began selling out of stock at the festival. That rebuking of the Mayor’s authority has subsequently pushed Crivella to take a more drastic step: sending law enforcement officials into the Biennial to either forcibly censor or confiscate material deemed “inappropriate” or “pornographic.”

The local publication GLOBO reports, “In the early afternoon of Friday, 10 employees of the Municipal Secretariat of Public Order (SEOP) arrived at the Book Biennial … to identify and seal books considered ‘improper.'”

The biennial book festival reportedly filed, “a request for a preventive injunction with the Rio de Janeiro Court of Justice … to ensure the full functioning of the event and the right of exhibitors to commercialize literary works on the most diverse subjects — as foreseen by the Brazilian legislation.”

Since news of the ban broke, Brazilian YouTuber Felipe Neto has offered to giveaway 14,000 LGBTQ books on protest and a major Brazilian newspaper reprinted an image of the kiss on their front page.

Crivella’s move mirrors the sort of anti-LGBTQ stance championed by the country’s current president Jair Bolsonaro, a man with a long and gross history of homophobia. On his first day in officer, Bolsonaro signed executive orders removing all LGBTQ issues from consideration in his human rights ministry.

When visiting Trump at the White House this last March, Bolsonaro said, “In conclusion, may I say that Brazil and the United States stand side by side in their efforts to ensure liberties and respect to the traditional family lifestyles and respect to God, our creator, against the gender ideology and the politically correct attitudes and against fake news.”