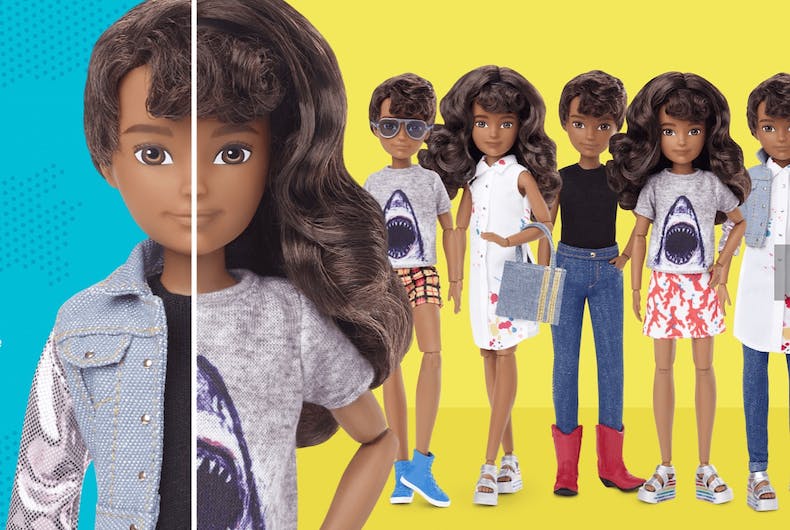 The doll is not male or female. The features do not reveal a gender. While the doll’s hair is short, it comes with a long-haired wig that can be added or taken away at will and a line of gender neutral clothing like hoodies, jeans, and T-shirts. Unlike the popular Barbie line, the dolls do not have breasts or a boy bump.

“There were a couple of gender-creative kids who told us that they dreaded Christmas Day because they knew whatever they got under the Christmas tree, it wasn’t made for them,” Monica Dreger, head of consumer insights at Mattel, told TIME. “This is the first doll that you can find under the tree and see is for them because it can be for anyone.”

The company tested the doll with 250 families across the country, including 15 children who identify as trans, gender-nonbinary, or gender-fluid.

The toy giant is betting that the number of children rejecting the gender binary will increase over the next decade. Mattel abandoned gendered sales divisions in favor of sections like “dolls” or “cars.” Retailers like Target have started doing away with gendered toy aisles for boys or girls.

The doll will cost $29.95. It will be available this month at retailers nationwide.