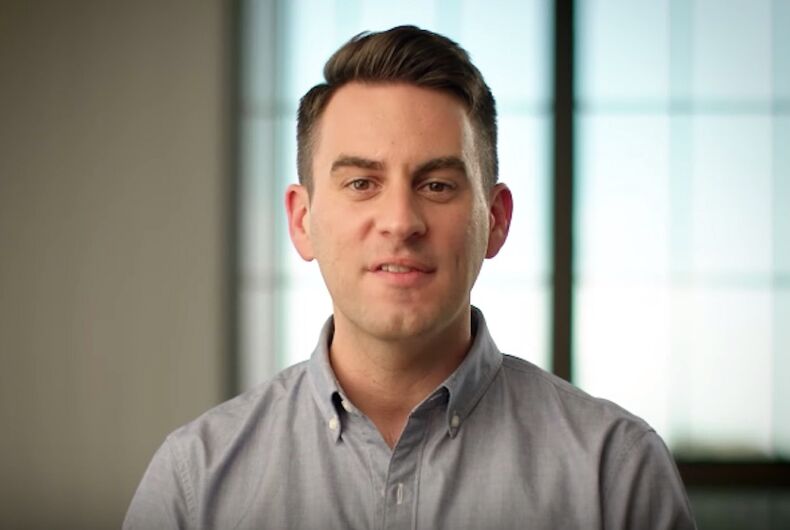 Josh Owens, the gay 34-year-old CEO of the retail support site SupplyKick, has announced his 2020 campaign for the governorship of Indiana. He’s the first out gay man to run for the office and he’ll likely face Indiana’s current Governor Eric Holcomb in the race, a man who during the 2016 election said LGBTQ issues weren’t important.

According to WBIC, “He also wants to end discrimination of Hoosiers in the workplace and housing, including discrimination based on sexual orientation and gender identity.”

Our sister publication Queerty points out, “Before stepping into the office of CEO of SupplyKick, he served as a professor of economics at Butler University. He also held the chair of the Indiana Charter School Board, after then-governor Mike Pence appointed him to the position.”

Like his 2016 predecessor, Owens may find his race an uphill climb. Trump’s landslide win in the state and Republican victories in the U.S. Senate race and other statewide races made it difficult for Holcomb’s Democratic challenger John Gregg to win in the state — Holcomb defeated him 52% to 45%.

During the 2016 gubernatorial campaign, Gregg attacked Holcomb as a “rubber stamp” for Pence, citing Holcomb’s support for the religious-objections law that critics said sanctioned discrimination against gays and lesbians.

The Republican-lead Indiana legislature quickly de-fanged the law after numerous businesses swiftly said they’d no longer invest in the state due to its discriminatory law.

The Trump administration told a town to remove its rainbow crosswalks. The town said no.