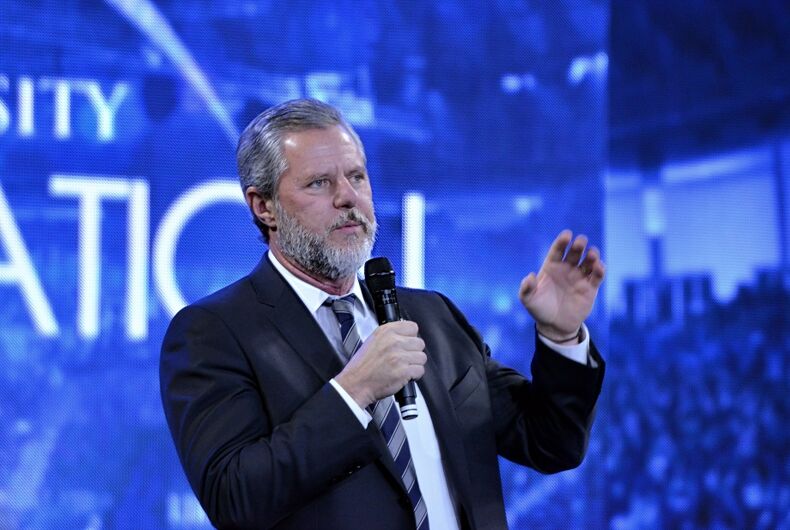 Jerry Falwell Jr. says he’s trying to get the FBI to investigate Liberty University after a number of his colleagues leaked information to the press.

Earlier this week, Politico published a long expose on Falwell, the son of Moral Majority co-founder Jerry Falwell who also founded the conservative evangelical school Liberty University. Falwell is the current president of Liberty, is one of the country’s most prominent Christian conservatives, and was an early supporter of Donald Trump’s presidential campaign.

The article relied on numerous unnamed sources who either work or used to work at Liberty University. The sources made a wide variety of accusations against Falwell, from financial mismanagement of the university to electioneering to sexual misdeeds in the workplace, like sending sexual pictures of his wife to male employees and bragging about the size of his penis.

Some of the unnamed sources shared emails and other evidence with Politico, which Falwell now says is a form of stealing.

Falwell told Hill.TV yesterday that he has contacted the FBI to investigate the leaks.

“Our attorneys have determined that this small group of former board members and employees, they’re involved in a criminal conspiracy, are working together to steal Liberty property in the form of emails and provided them to reporters,” Falwell said.

He said that the former board members tried to remove him from the presidency and were “disgruntled” and using the emails as “leverage to take over.”

Falwell told Politico that the accusations against him were false. He did not explain how the emails could be both stolen and false.

He also said that photographs of him at a Miami nightclub were “photoshopped.” The company that took the photos responded by releasing even more pictures of him at the nightclub.