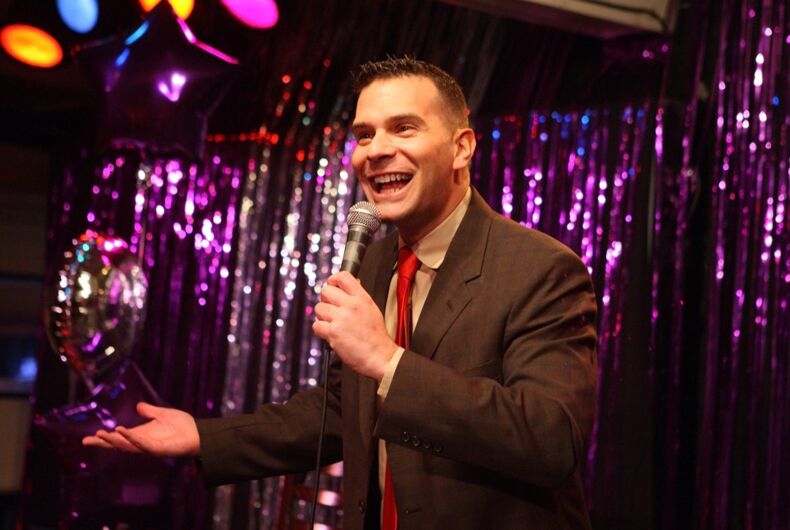 If you’re keeping score, the latest battle in America’s never-ending culture wars ended Monday with a win for communities of color, queer people and women when “Saturday Night Live” announced that it was firing one of its brand new cast members – a heretofore unknown comedian named Shane Gillis – five days after exceedingly ugly comments he had made a year ago on his podcast were unearthed by a comedy blogger.

Predictably, there was immediate outrage among right-wingers, self-described free speech advocates and a number of straight white male comedians. Rob Schneider, a former SNL castmate himself, tweeted to Gillis Tuesday:

I am sorry that you had the misfortune of being a cast member during this era of cultural unforgiveness where comedic misfires are subject to the intolerable inquisition of those who never risked bombing on stage themselves.

(Schneider is actually one-fourth Filipino, which has been a source of material for him in his stand-up.)

On Comedy Central’s “Lights Out With David Spade,” veteran comedian Bill Burr – a hero of Gillis’s – was practically apoplectic.

“We’re not running for office! When is this going to f-cking end? You f-cking millennials, you’re a bunch of rats,” he sputtered.

Before his firing, Gillis himself issued what may be the world’s most spectacularly tone-deaf non-apology of all time, which read in part:

I’m happy to apologize to anyone who’s actually offended by anything I’ve said. My intention is never to hurt anyone but I am trying to be the best comedian I can be and sometimes that requires risks.

The key word here is “actually,” the implication being that those of us taking offense are faking outrage in the name of performative wokeness.

As a former comedian and current podcast host myself (as well as a lifelong fan of SNL), I watched this story develop with great interest. First and foremost, I listened to Gillis’s words on his video podcast as he chats with co-host Matt McCusker about Philadelphia’s Chinatown neighborhood. For anyone who hasn’t heard them, here’s just one exchange. (Warning: This transcript contains extremely triggering language.)

McCusker: I wonder how that fucking started. They just built one fucked-up looking building, and people were like, all right, no one said anything…

In another segment, the two podcasters refer to producer-director Judd Apatow and comedian Chris Gethard as “white f-ggot comics” and bemoan the supposed unfunniness of female comedians. They also rank the stand-up universe according to race, gender and sexual orientation. (Shockingly, straight white men come out on top of their comedy pyramid.)

I tend to be of the school that no words and no topics are off-limits when it comes to stand-up comedy, and that a gifted comedian can make anything not only funny, but thought-provoking and important. I’m also painfully aware that there are jokes I told on stage when I began doing stand-up, back in 2003, that I would not do in 2019 – not only because times have changed, but because I have.

I defy any comedian defending Gillis to find a semblance of comedy or humor in his words. There isn’t any. What he said about Chinese people is lazy, it’s predictable and it could be said (and is said) by any ignorant person on the street.

“Ha-ha, look at them. They’re different from us.” That’s the whole joke, including the use of a stereotypical Asian accent and the bashing of Chinese cuisine. Even if these “jokes” had been part of a comedy set, they would have been regarded as hack by anyone even vaguely conversant with good stand-up.

Moreover, it’s noteworthy that neither Gillis nor his cohost are laughing at anything they’re saying on the podcast. They don’t laugh at their own comments, and they don’t laugh at each other’s. If they’re joking, then why do they sound so deadly serious?

From the moment the Gillis controversy erupted, free speech warriors on the right have been up in arms.

“We’re supposed to have freedom of speech in this country!” they righteously proclaim. “How can Gillis be fired just because he said something you don’t like?”

To them I gently explain that our constitutional right to free speech protects us from censorship by the government; it does not protect us from being fired by SNL.

Here’s what Gillis’s defenders and many (but not all) straight, white, cisgender Christian folks don’t get. Yes, the words themselves are hurtful and offensive. But they wouldn’t have the impact they do if they weren’t so frequently accompanied by violence — both historically and now.

The N-word, the S-word, the F-word, the C-word, the K-word, the T-word and all the other slur words — they don’t just hurt our feelings; they make us feel unsafe.

And it’s not because we’re fragile snowflakes but because we know how many others who are just like us have heard those words immediately before they were assaulted, beaten, stabbed, shot, raped or murdered.

Yes, murdered. These are murderous words. They carry with them a body count in the millions.

So please stop dismissing the racial, ethnic, religious and sexual epithets of Gillis and others as “just words” simply because you don’t know what it is to have one hurled at you… and to fear for your safety.

Because we sure as hell do.

Shane Gillis is not a victim of anything but his own hateful words. The rest of us should someday be so fortunate.

Adam Sank is a New York City-based former comedian. He hosts the Adam Sank Show podcast every Saturday. Follow him on Twitter.