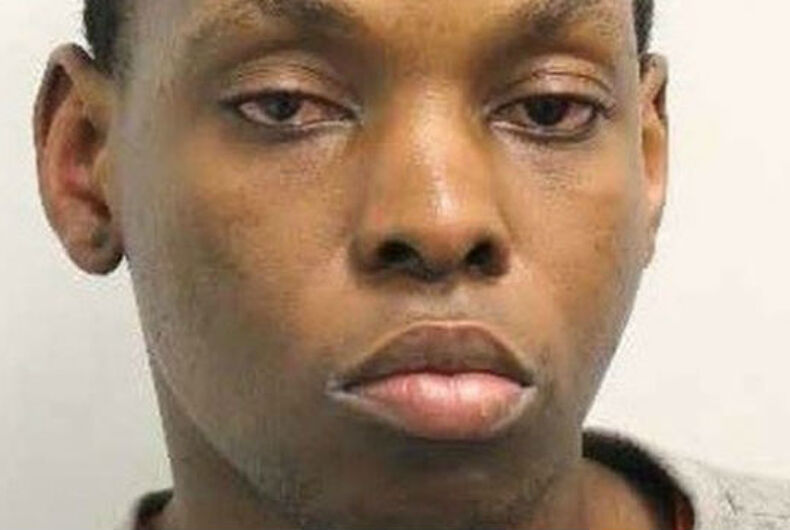 Gerald Matovu, a 26-year-old Londoner who was assigned male at birth and recently sentenced to 31 years for murdering a 54-year-old actor named Eric Michels, has since revealed that they also dealt drugs used in the crimes of recently convicted “Grindr serial killer” Stephen Port. Matovu has also expressed a desire to transition to female and be transferred to a women’s prison.

According to The Guardian, Matovu gave Michels a fatal dose of synthetic GHB (gamma-hydroxybutyric acid), a dangerous sedative that can cause unconsciousness and death. Matovu met Michels via Grindr and, after killing him, photographed Michels’ bank card and ID, and stole his laptop, cell phone, card and other possessions.

Matovu had poisoned at least 12 other victims in the past with the help of her now ex-boyfriend, Brandon Dunbar. Furthermore, she also dealt GHB to Port, a 41-year-old who drugged, raped and murdered four men that he intoxicated with GHB.

Port received a life sentence for his crimes — Matovu claims not to have known Port’s plans when she sold the drugs to him.

After surveillance footage showed Matovu and Michel in a convenience store on the night of Michel’s murder, Michel was “found guilty of six counts of administering a noxious substance, seven thefts, six counts of having articles for fraud, murder, assault by penetration, assault occasioning actual bodily harm and possessing GBL drugs.”

“Their method in the majority of cases was to drug their victim with enough GBL to render them unconscious so they could then search their homes, selecting items of interest and photographing bank cards and personal documents for subsequent fraudulent use. They did this at their leisure, sometimes spending hours at an address.”

Matovu’s lawyer, Louise Sweet QC, says Matovu has “identified as female from the age of eight and now [intends] to seek gender reassignment while in prison,” according to The Guardian. “By self-identifying as female, Matovu could be entitled to a separate cell, be permitted to shower alone and even apply to serve his sentence in a female prison.”

The Telegraph reports one in 50 English prisoners assigned male at birth self-identify as transgender, meaning that “there are up to 1,500 transgender inmates among the 90,000 prisoners in England.”

The country’s Ministry of Justice recently opened up a wing for trans women in a south London women’s prison in July 2019 and has also invested £70 million in “risk assessment and sentencing planning processes,” mental healthcare and staff training to reduce self-harm among trans inmates.