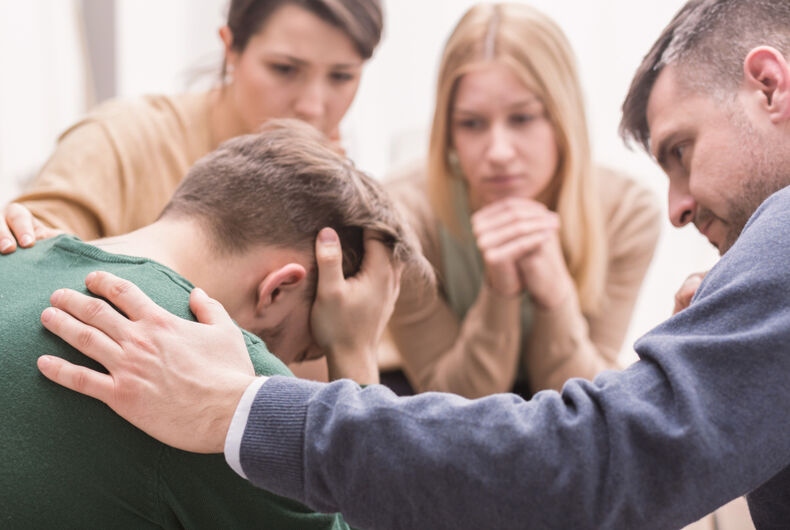 A U.S. federal judge has thrown out a lawsuit challenging Maryland’s ban against so-called “ex-gay” reparative therapy, stating that it doesn’t violate anyone’s freedom of speech or religious freedom.

According to the Associated Press, U.S. District Judge Deborah Chasanow ruled that:

While the Liberty Counsel argued that Maryland’s ban makes no distinction between reparative therapy that is entered into voluntarily or involuntarily, Chasanow responded, “Children under the age of 16 do not have capacity to consent to psychological treatment.” That is, since the ban only applies to minors under the age of 16, it only targets involuntary efforts to change one’s LGBTQ-identity.

Chasanow also said that the law is appropriate considering the numerous studies that show reparative therapy’s harmful effects on clients. Adults are free to pursue ex-gay therapy if they wish.

Doyle is the head of The Institute for Health Families, a group that “utilizes psychological techniques combined with Judeo-Christian values” to focus on “Sexual/Gender Identity Affirming Therapy,” a therapy that vaguely addresses “the internal and external issues that are getting in the way of your ability to embrace your sexual and/or gender identity.”

That might sound LGBTQ-affirming, but Doyle is also the author of The War Against Psychotherapy, a book that bemoans the gay rights movement’s supposed “indoctrination” of medical professionals to create a “takeover of a new ideology of sex and gender, with devastating effects on all sectors of our society … [including an] unprecedented assault on our personal freedom and religious liberty.”

If this language sounds familiar, that’s because it has been used numerous times by the Liberty Counsel to challenge reparative therapy bans in other states. The Liberty Counsel is hopeful that a legal challenge against state bans could get taken up by the conservative-leaning U.S. Supreme Court.

In addition to Maryland, conversion therapy is banned in Connecticut, California, Nevada, New Jersey, the District of Columbia, Oregon, Illinois,  New York, New Mexico, Rhode Island, Vermont, and Washington as well as numerous cities and counties in other states.

As hate crimes increase, these queer activists are about to host a Muslim Pride festival

Nancy Pelosi opened an impeachment inquiry of Donald Trump. LGBTQ politicians are backing her up.