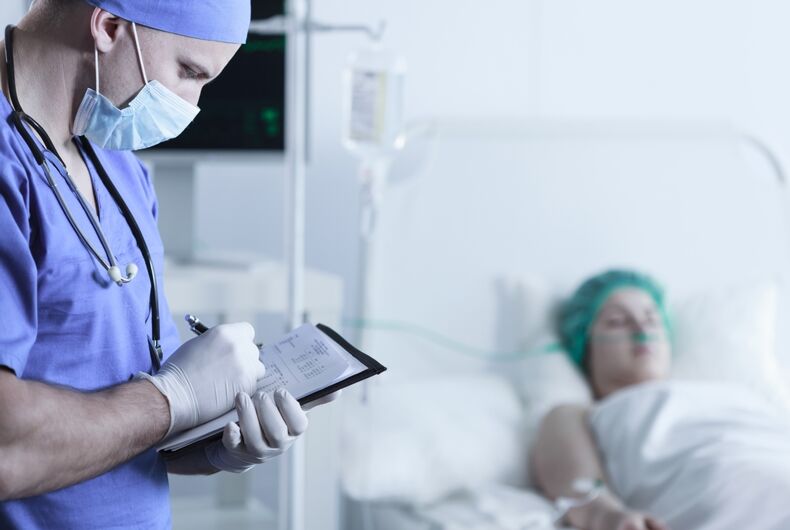 While his surgeon was able to finally complete the procedure at a different hospital, the denial at Dignity Health Mercy San Juan still angered Minton, who filed a lawsuit along with the ACLU in April of 2017.

Minton feels it’s a clear cut case of discrimination against his transgender status.

“I knew exactly why they wouldn’t perform this surgery on me,” said Minton to the Sacramento Bee, speaking about a call from his doctor, Dr. Lindsey Dawson the day before the planned procedure. “She told me I have to let you know your surgery has been canceled. She said they won’t let me perform on you because you’re transgender.”

“It was only when Evan outed himself to a hospital staff person as transgender, that they abruptly canceled his procedure,” said Gill.

Minton had told a nurse at the facility of his transgender status just days before the procedure.

Now, a decision from the 1st District Court of Appeal in San Francisco will see Minton’s case, which had initially been denied, move to the California State Supreme Court.

“Without determining the right of Dignity Health to provide its services in such cases at alternative facilities, as it claims to have done here, we agree that plaintiff’s complaint alleges that Dignity Health initially failed to do so and that its subsequent rectification of its denial, while likely mitigating plaintiff’s damages, did not extinguish his cause of action for discrimination.” said Presiding Justice Stuart R. Pollak in his appeal court decision.

Dignity Health has pushed back, claiming that this is not a case of anti-transgender discrimination, but simply that they do not provide sterilization services due their Catholic-based doctrine.

“Dignity Health has a legacy of providing care to all people regardless of their background, sexual orientation, or gender identity,” said Dignity Health. “Our services are available to everyone without discrimination and all are welcome at our care sites.

“Catholic hospitals do not perform sterilizing procedures such as hysterectomies for any patient regardless of their gender identity, unless there is a serious threat to the life or health of the patient,” Dignity Health added.

Dawson, never the less, has performed hysterectomies at the facility before.

The date for the next court hearing has not been set.

As hate crimes increase, these queer activists are about to host a Muslim Pride festival