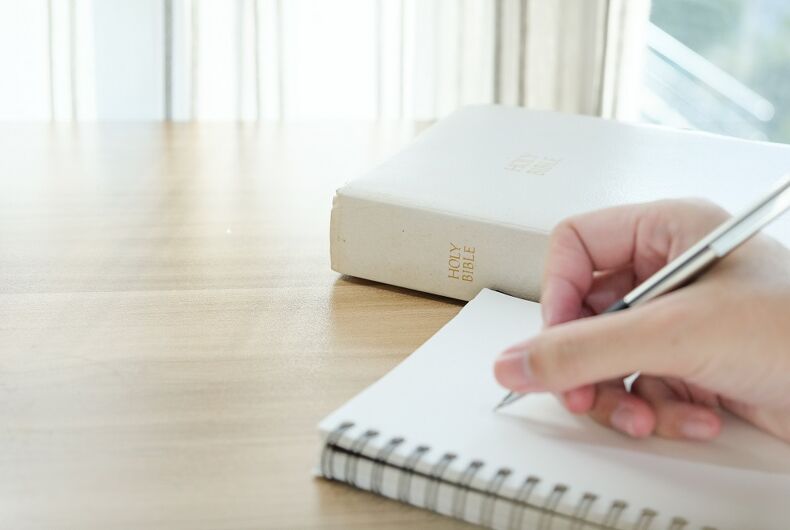 Several teachers at a Washington school have quit in protest of the school’s anti-LGBTQ stance.

Over the summer, King’s High School in Shoreline, Washington, started taking what many perceived as a harder line on LGBTQ issues.

The nondenominational Christian school is owned by CRISTA Ministries, which owns several charities, retirement homes, and schools. Its new leader, Jacinta Tegman, is known in Washington for having fought against marriage equality and for repeal of the state’s LGBTQ anti-discrimination law.

Tegman took over the organization in January and gave a speech in June about the “need for practical and spiritual reform” at the organization. She specifically mentioned CRISTA’s belief that “sexual intimacy is confined within the marriage of one man and woman.”

The school also approved a Bible class textbook that says homosexuality is “unnatural” and “a result of the failure to worship God.”

Head of King’s schools Eric Rasmussen then emailed parents and quoted that line, which prompted a discussion among faculty about how they were going to be expected to defend the position in school. Teachers at the schools sign a doctrinal statement that doesn’t specifically mention LGBTQ issues, but refers the Bible as “inerrant.”

Related: A Christian school is suing to get government money even though it bans LGBTQ people

In a later email, Rasmussen wrote to faculty, “You can continue to work at King’s if you are a Christian, confirm understanding and alignment with our doctrinal statement and willingly conduct your personal life and professional role of educating our students in a manner that is not in disunity with King’s theological beliefs.”

“King’s upholds the historical Biblical standard of morality that sexual expression is confined within the marriage of one man and one woman.”

Over the summer, a Facebook group called “King’s Schools is Anti-Lgbt+” was formed. The group claims that nine teachers have quit because of the school’s anti-LGBTQ position.

“Working at King’s was an amazing experience,” Megan Troutman, an English teacher who resigned, told the Seattle Times.

“However, I cannot, in good faith or conscience, teach in a place that creates policies that negatively impact an entire section of the student population. I could not be complicit in a policy that could harm or ostracize any student.”

“We teach and live a compassionate and loving response towards all people regardless of any potential differences of opinion,” the school said in a statement.

Tegman said that the position is not new, that King’s has always been anti-LGBTQ. All her speech did was clarify that position.

“This may not be the place for everybody,” she said. “So if it’s not, we just want to make that clear so people can make a good decision whether they want to stay.”